I have a clear bra on my black 05 C6 Corvette. Bug stains are impossible to remove, even though I wash down the front at the end of the day with car wash (50%) and water. I have even tried to polish them out by hand and with a orbital buffer. Any suggestions would be appreciated.

Answer: Especially during heavy bug season, you always want to quickly and safely clean off the bug residue from the clear bra and any painted surfaces. Keeping a pre-mix of car wash and water on hand like you do is a great idea, and a convenient way to quickly clean them off. Other product recommendations for quick cleaning would be Optimum No Rinse, Plexus, or any quick detailer. If you have heavier contaminations, you could consider a product like Poorboy’s Bug Squash. You should also keep a clay bar handy as well because they can become very difficult to remove if allowed to harden on the surface.

The problem with bugs is that they’re acidic, and can do permanent damage to paint and clear bras. I’ve seen some that begin etching almost immediately, while others clean off with no issues even after they’ve been sitting a while. If you’ve tried to polish the marks out and they still remain, there’s a good chance that they have actually etched into the surface of the clear film. If that’s the case, then there’s not much that can be done about them. I have worked on cars with permanent bug damage done to the film.

Also, I would appreciate your recommendations on the proper care of a clear bra.

Answer: For the most part, clear bras and protective film should be maintained the same as the painted surfaces. You can wash them as you would the rest of the car, and you can wax and protect them the same too. When claying or waxing (paste wax) however, just be careful of the edges of the film. Wax can accumulate at the edge and leave a white line, and clay can get caught in the edge too. Just don’t use any harsh chemicals (the same as you would treat the paint), and remember that the protective film can scratch and swirl  just like paint can. Although the manufacturers of the protective film don’t recommend using abrasive polishes, most detailers take a conservative approach with mild polishes and pads that do a great job of cleaning up swirls and restoring gloss. When applying a sealant to cars with clear bras, I typically use Optimum Opti-Seal.

If you have any additional comments or questions, please submit your reply in the comment box below. 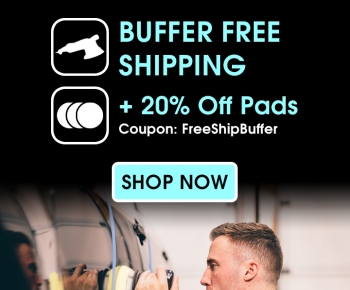