Most people do not realize that clear coats (the top painted layer on most modern cars) are not only easily scratched, but also thin and hard.  This is significant because the repair process (polishing) is the most misunderstood part of detailing. 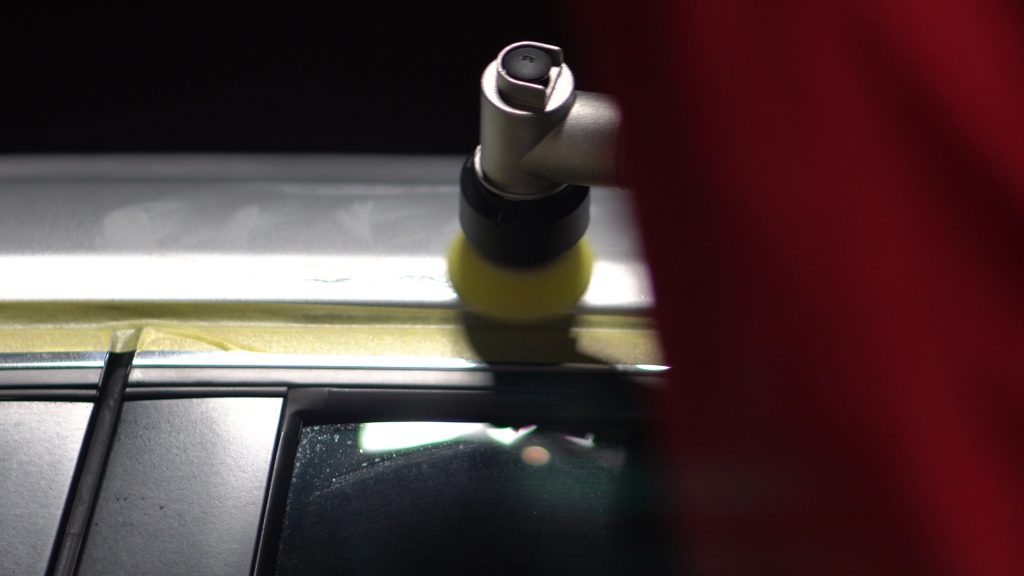 “I have some minor scratches; they will buff out really quick?!” 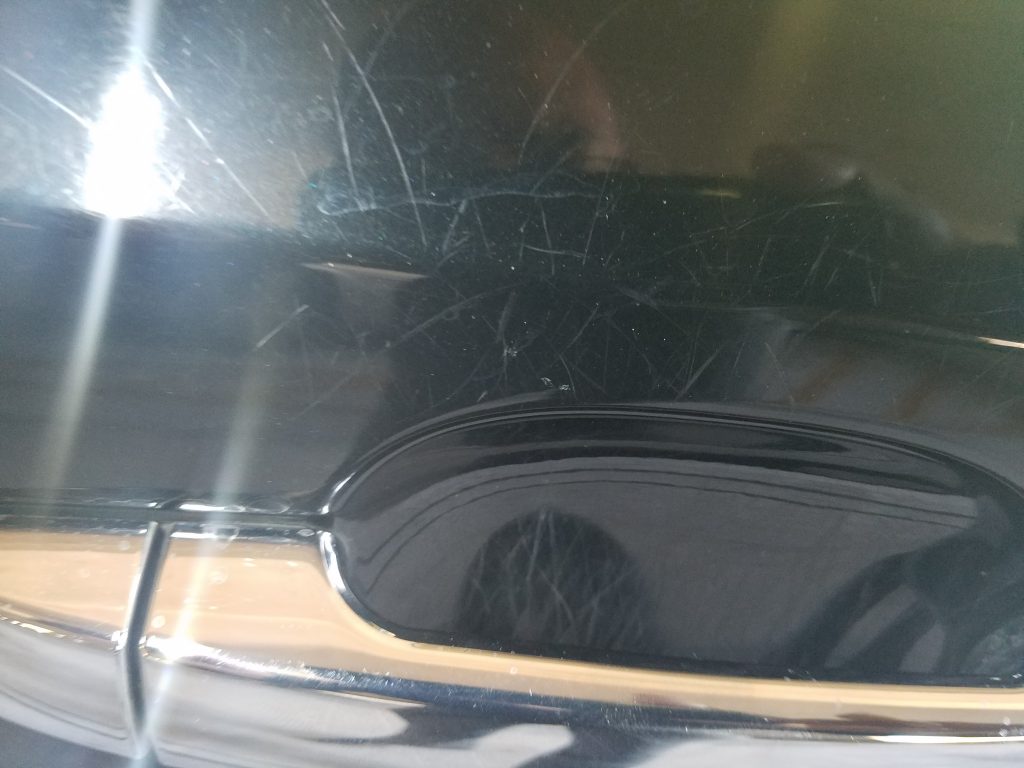 “I know you said you could not fix this with a paint correction (that it will need a repaint), but maybe it can be buffed?!” 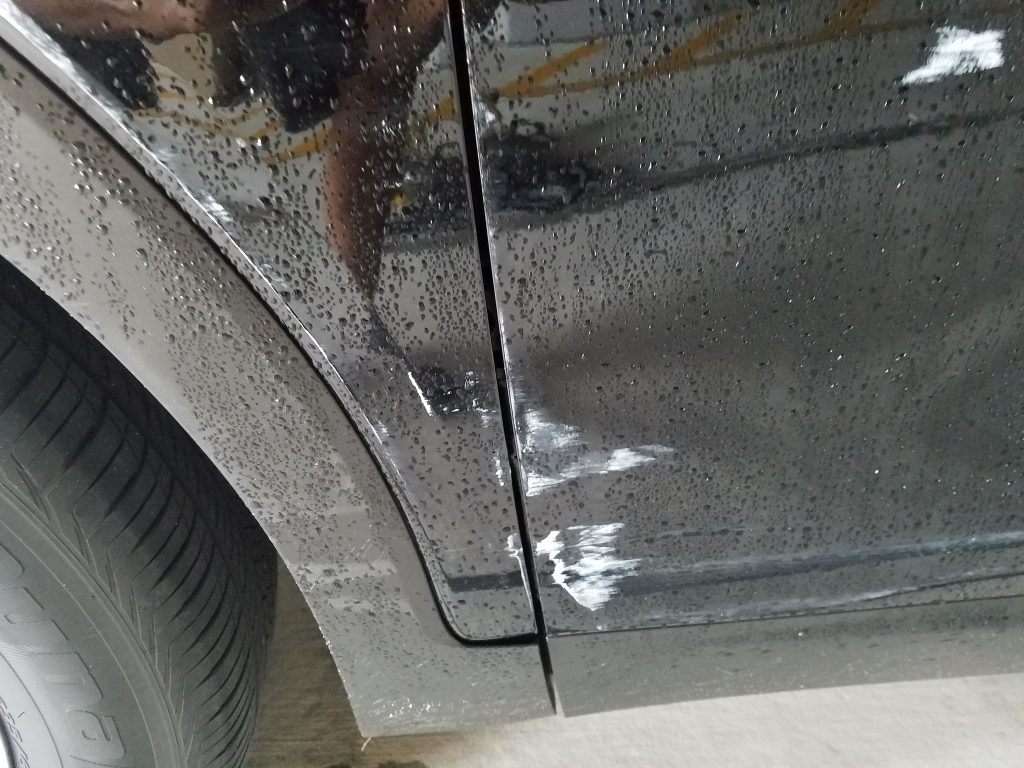 Many of these scratches you see above in the previous two pictures are not coming out!

There Is No Such Thing As A Good Or Quick Buff

I will provide a description of what I am doing with a polisher, which makes your paint look better.  I am leveling paint with a polisher in a way that is abrading/shaving paint off to the level of (or below) the scratches in the paint.  I may abrade the paint some more if my first attempt was not sufficient.  Depending on how aggressive I was leveling the paint to scratch, I will likely need to do a ultra-fine polishing step to repair the damage from my initial polishing.  Contrary to somewhat popular belief, I am absolutely not massaging a scratch out.  Polishing can often be misinterpreted by a fictional process such as a buff job or wax job.  Many people are under the impression that, what is pictured directly above can be fixed safely, completely, and quickly with the use of a polisher.  If some have not already guessed, there is often a shock to here not only from many consumers but many (competitors) detailers that the expected cost and time needed for only a predicted 70 to 90 improvement is significantly more than predicted.

When detailers talk about multiple step paint correction, they are referring to an initial aggressive polishing step that is followed up with a gentler polishing step.  Aggressive polishes and pads are used to more effectively remove deeper marring in the paint.  Due to how coarse the initial polishing step is, it will leave its own scratch pattern behind.  This marring may be barely noticeable without certain lighting, but overall it does affect the clarity and depth of the reflections of your paint.

In brief, we are slowly abrading away paint, working with material (clear coat) that may not be thicker than a post-it-note.

There Is No Such Thing As A Good Wax

There was a time I visited an automotive paint shop looking for a compound to fix a scratch on my car.   The employee looked at the scratch with me and said, “look you don’t want to put compound on your new car, oh no don’t do this (not necessarily bad advice).”  But he then randomly started vigorously rubbing his finger over the scratch saying, “It’s rubbing out, see it’s rubbing out!  It’s kind of coming out.”  If this had happened recently (of course), there would be a proverbial volcanic erupting directive to “never put your hands on car my again!”  I was an impressionable new car owner 6+ years ago.  What I eventually realized was it was the natural oils from his hands that were in part filing the scratch.  He really thought you could massage scratches out of paint.

Some people (even professionals) still mistakenly believe that if you can grab a rotary and by generating enough heat you can re-flow paint.  This is simply not the case! 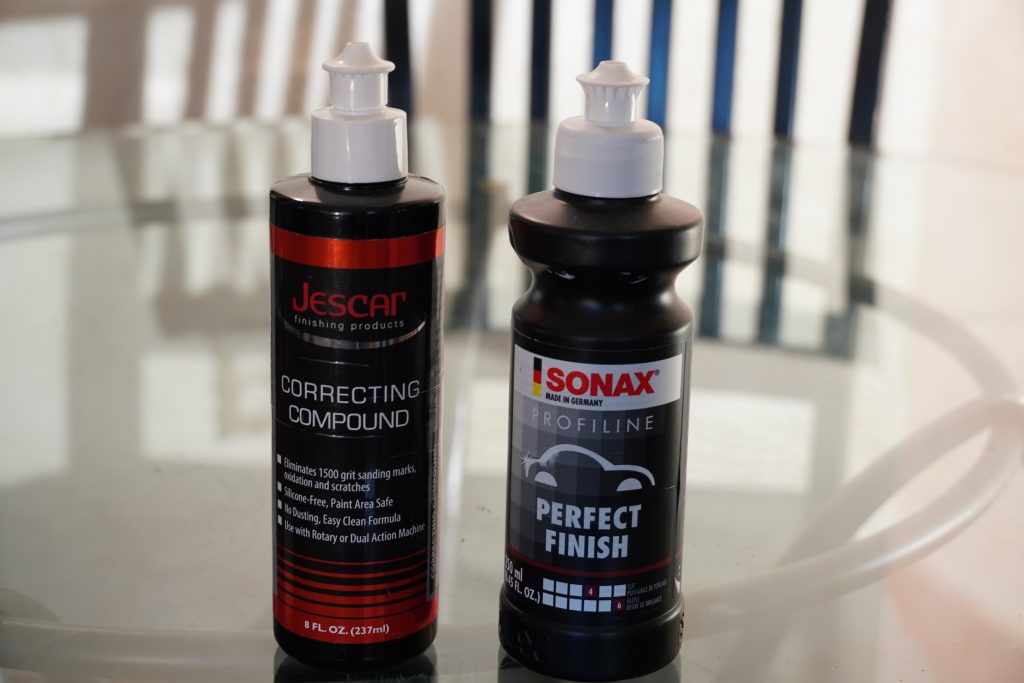 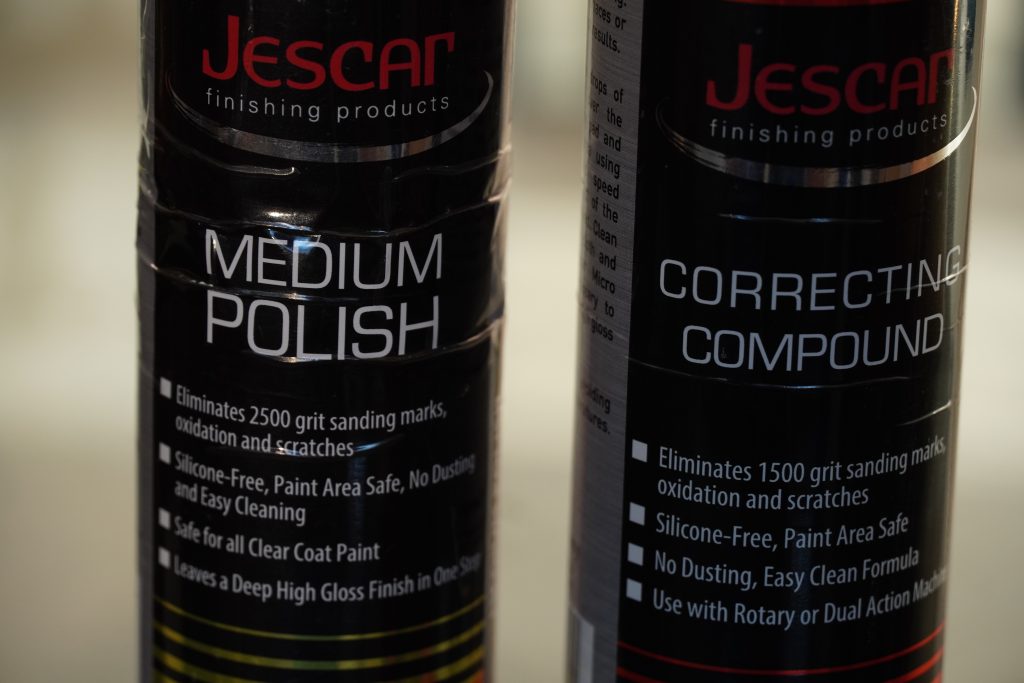 A lot of customers do not realize many detailers knowingly or unknowingly use products that conceal their work or lack thereof while stating that scratches and swirls were removed.  Uses of glazes and waxes, or by not sufficiently removing the polishing oils can (makeup effect) give the illusion that some of these defects have been removed.  Most of the same products that conceal temporarily also are poor substitutes for paint protection.  Most of the high quality and durable protectants (like Wolfgang Deep Gloss Paint Sealant 3.0) you put on your paint need a bare surface, to last as long as intended or even bond at all. 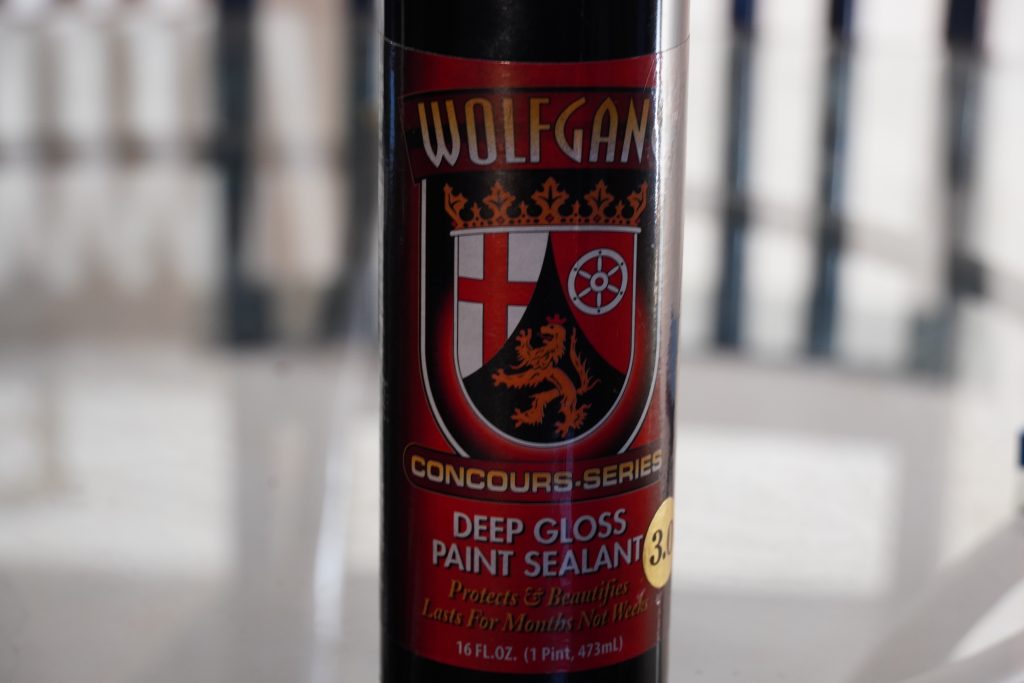 Some people ask why do the swirls come back after it rains a couple of times or a few washes.  How you wash your car is often a problem as well.  But many times it is a product that is concealing damage that was never removed, that is now being washed off. 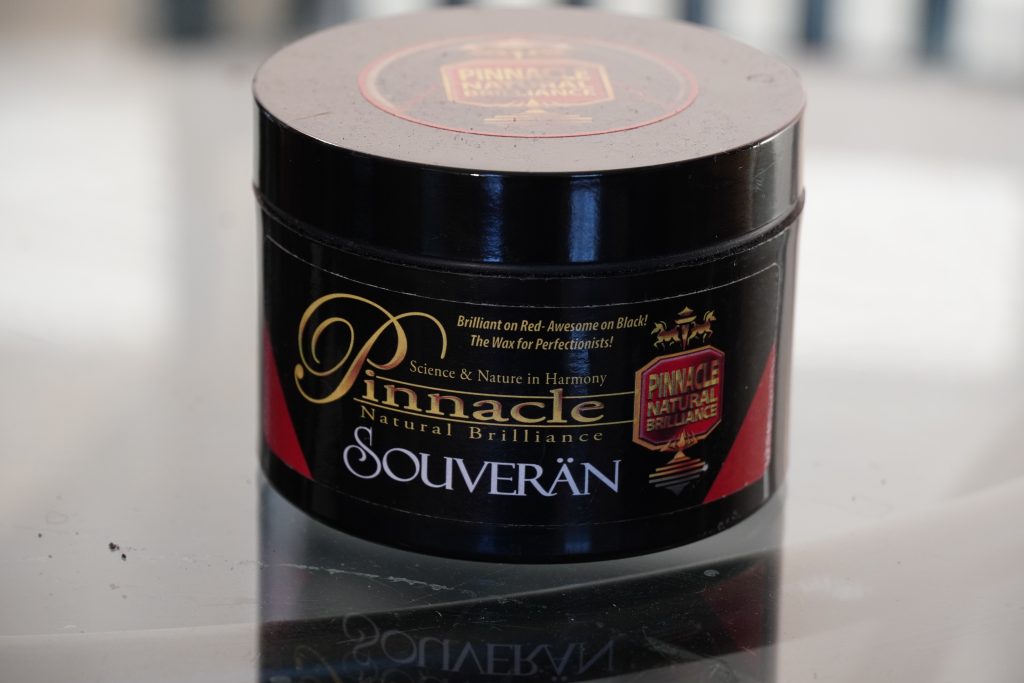 Another problem with the misguided term Wax Job is that it marginalizes the time, focus, resources, and energy spent to achieve results that make you say ‘wow’.  I could work on a car for multiple hours to multiple days.  Applying a product like this above would be the last thing I do.  It is also known as the Last Step Process (LSP) among detailers.  It is only one hour out of my time.  But it is one of the 20 hours of my prep time.  The mysticism and romanticism of the last step detailing process undermines the importance of the whole detailing process. 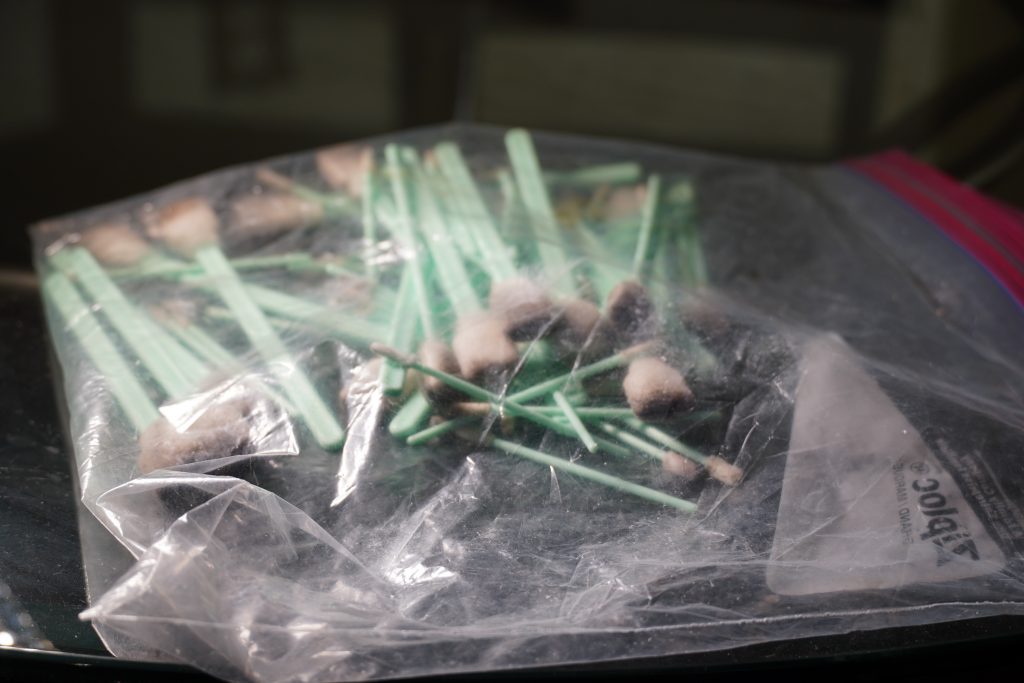 Someone recently inquired about a ceramic coating.  He mentioned he understands it is the prep that is important.  In my response, I wanted to remind him of the importance of prep (specifically detailing) is the quality of the entire process, whether I am applying a wax sealant or coating.  When you truly realize this whether as an enthusiast detailer or as a consumer you will start to notice/care when someone tells you their decontamination prep takes 10 minutes when another shop mentioned 2 hours (while explaining why).  The time mentioned to polish will mean more than whether someone has the trendiest wax, sealant, or coating.

5 comments on Buff & Wax Job, It’s Not What You Think: The Most Misunderstood Part Of Detailing 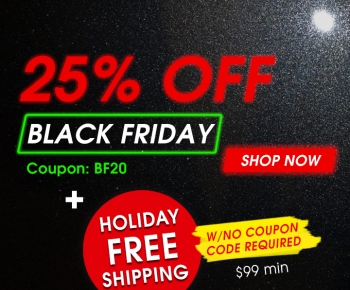