We here at DI are excited to introduce two new authors to the Ask-A-Pro Blog, Matt Carter & Nick Whitaker of Detail Peoria! If you think either of them looks familiar, you may have remembered seeing them in some of the photos on Zach McGovern’s articles. Matt and Nick both worked with Zach over the years and took over Attention to Detailing when Zach sold the business. Below you will find information about each of these new authors, including how they got into cars, and their journey from detailer to business owners!

My love for cars goes back as far as I can remember. From meticulously lining up my matchbox cars into perfect rows in early childhood to the automotive awakening I experienced at 16 to today with what my wife can attest is a full-blown obsession with cars. I have always been fascinated with cars and have never been able to put my finger on why I don’t know that many ‘car guys’ can. I described my approach to the age of 16 as an awakening as that is exactly what it felt like. I discovered motor-sports and became obsessed with understanding how cars worked. I was hooked, I could not get enough.

I remember pleading with my parents when it was time to shop for a car, noting the great care I would take to maintain it properly in every aspect. I was eager to learn each maintenance task as my little 1999 black Ranger needed it. My family was not ‘do it yourselfers’ when it came to automobiles but for some reason, I wanted to learn and do every task myself. That extended to maintaining the appearance and that is where the detailing bug first bit. I would regularly stock up on all manner of products to keep my little manual ranger looking clean and running like a top. These were all things I could find at the big box stores. I really didn’t know the proper way to detail but the desire was definitely there. It was satisfying for me to have an arsenal of products for each task.

I continued my education at the University of Illinois with a major in mechanical engineering. My love for physics and math extended naturally to my development as an engineer as well as a full-fledged car nut. It wasn’t until my first internal combustion engines course that I finally found out what I wanted to do with my degree. It just clicked, I knew I wanted to be involved in engine development from there on. I had the incredible opportunity to apply my new found passion as engine team lead for our Formula SAE team. Formula SAE is a collegiate design competition pitting 100% student designed and built open wheel race cars against each other in a battery of static and dynamic events. Engines are allowed up to 600cc and our cars typically weight around 450 lbs. These things were performance monsters and it was an incredible experience to be a part of. It solidified a place for motorsports in my life and poured fuel on my car obsession. I pulled more all-nighters in my senior year for this program than the entire rest of my life combined and I would do it all again in a heartbeat.

My collegiate experience developed my passion for motorsports but it wasn’t until my first day on the job at Caterpillar that my detailing journey would truly begin. I happened to start work the same day as another AAP blog author Zach McGovern. We had all the same interests and became fast friends. As he started detailing cars in his garage I was absolutely floored with the results he was achieving. I quickly put in an order for a starter polishing kit and scheduled some time for us to complete a 1 step correction on my 2004 S4. Again, my first taste was all it took for me to be completely hooked. I continued to put my new kit to work helping Zach with mutual friends cars before becoming a part of the business. I have always described paint correction as therapeutic. I fell in love with the correction process and the transformations we achieved in Zach’s garage; It was easy to spend all my spare time there. I ultimately picked up the reigns of Attention to Detailing several years later when Zach moved closer to his childhood home to be closer to the family. It has been a great learning experience that is only just starting. As with many of my interests, detailing has become an obsession. It is largely fueled by the vast world of tools, products, and information available today to perfect and protect the appearance of a vehicle. I have now partnered with Nick Whitaker to build our business Detail Peoria and also contribute to and give back to the detailing community. 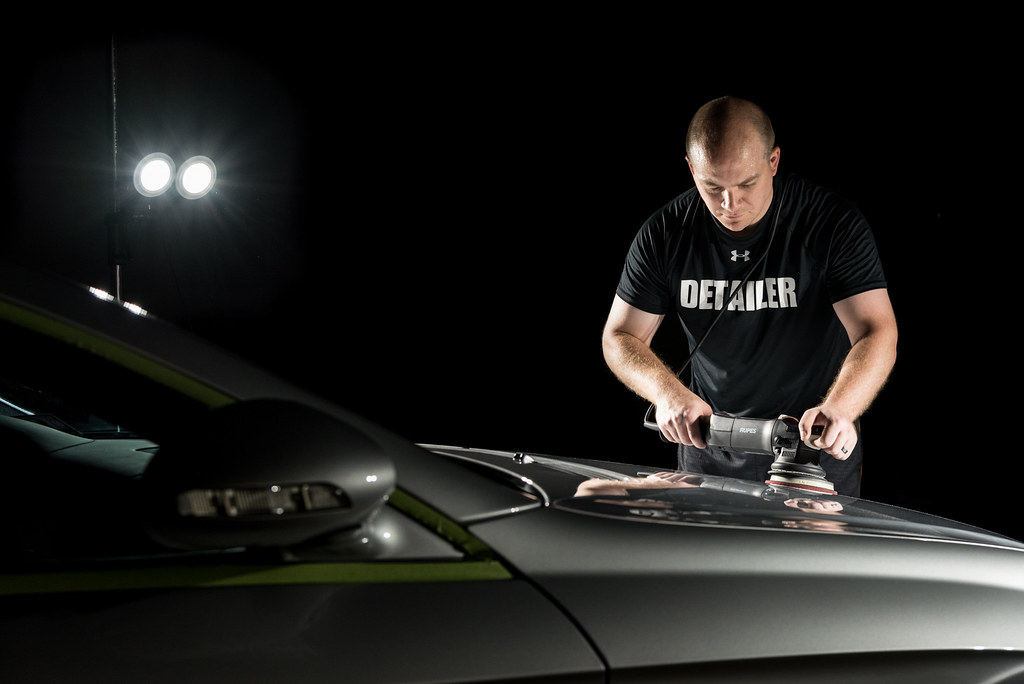 Alongside Matt, I own Detail Peoria.  If you would have asked my friends 10 years ago that in the future I would own a detailing business I doubt too many would be surprised.  By the time I was in second grade I was walking to the edge of the playground nearest the road to watch for cool cars to go by. That same year my parents asked me how I wanted my room decorated.  Within a couple of weeks I had a 911 Slantnose poster, a Lotus Esprit poster, and a pillow with a 911 whale tail turbo on it, yes that was a thing. By the time I turned sixteen I had saved enough money from paper routes to by a 1989 Ford Probe GT for $1950.  This is where the detailing addiction was born. Within two weeks my parents were going nuts as a pungent aroma drifted into the house from the garage from wheel cleaner I had found that had the same smell as a fallout remover.

For years I did my best to keep my cars looking great, regularly attending car shows, cruises, and local get-togethers.  But, in 2013 everything changed with a phone call to DI contributor, Zach McGovern. I thought I knew what I was doing, but this guy was talking a different language.  Zach wasn’t on a different level, he was in a completely different galaxy of detailing. Immediately, I had to know more. Lots more.

Before I go any further you have to understand something.  I am not the type of person to dabble. I am either at zero or one hundred.  There isn’t much in between. And, when I got into this level of detailing involving paint correction, coatings, and 1″ polishing nooks and crannies I went at it 100%.  My curiously was on the verge of driving Zach crazy from all the text messages. I watched videos, read simple documents to white papers on the science of abrasives. Zach was the guy that when I had trouble deciphering what I was reading, he would help me make sense of it.  My hands-on with a polisher started basically as I purchased the 6″ Griots DA polisher. But within 6 months I was on to a 3 step correction on my black Acura TL. Let’s just say that was a learning experience, but turned out great. Zach helped me along the way and the vehicle dubbed #GlossBoss landed in the 2016 Detailed Image calendar.

So, fast forward a bit…I asked Zach to work alongside him so I could improve my skills.  And after 2 years of helping him out my mentor was gone, back to St. Louis to raise a family near his childhood home.

In that period of time I had been working alongside a quiet, yet confident detailer, Matt Carter.  Matt had taken over the business from Zach as I continued to help Matt as needed. Then something in my life happened.  I started asking what I could do with the things I have learned along the way. I have been around small business and entrepreneurs my entire life, starting with both my mom and dad.  I approached Matt, as I got know him better and saw his extreme dedication to his work, about joining him to grow with a simple approach. 1+1=3. At times in business, the power of a couple of people can yield amazing results far beyond what addition says to be true.  So, in the beginning of 2018 a new chapter began as Detail Peoria was born from what once was Zach’s, Attention to Detailing. Matt and I along with counsel from Zach and other great detailers are already taking huge steps in aiding Peoria, IL with perfecting and protecting their vehicle.  And, through the Ask-A-Pro blog we plan to pass along the things we have learned along the way, the hacks that helped us become better detailers, the wins and failures of growing a detailing business, as well as the products we have tested to produce great results for our clients.

We are excited to both share and learn from our contributions. 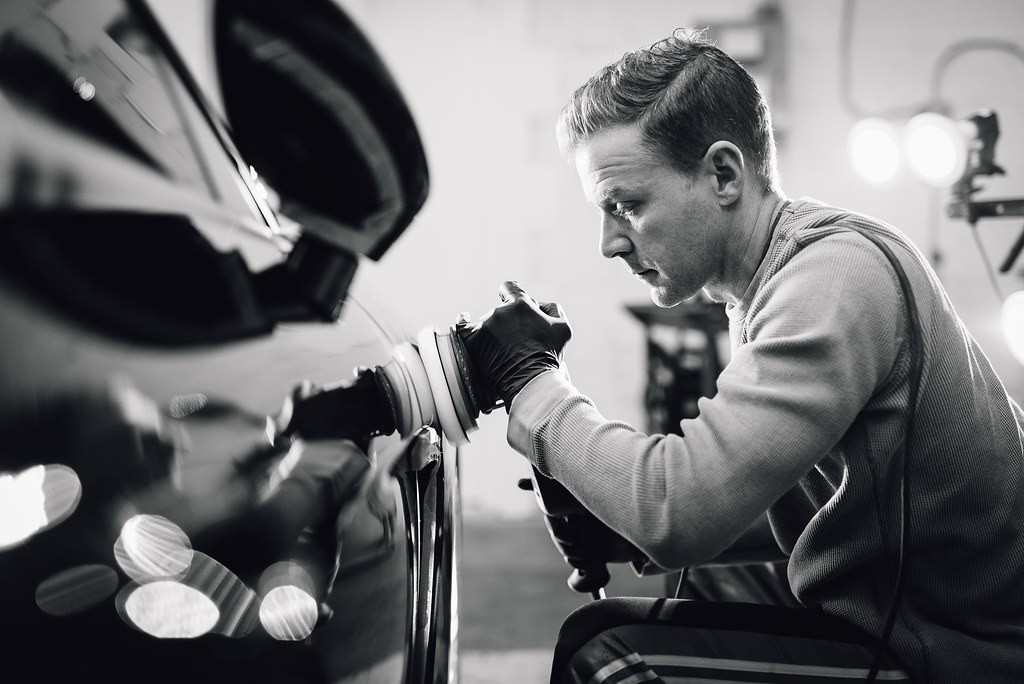 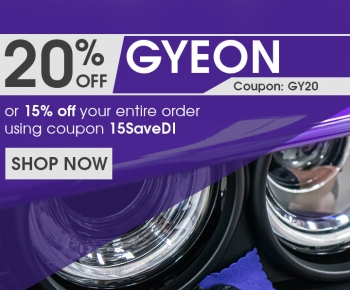