This is a five-part article series. Click here for parts 1 through 5!

I would like to introduce you to Geoffrey Herd. Geoffrey Herd is the owner of G&M Detailing in Anchorage, Alaska.  What is particularly inspiring about his story is the trust that he had in his vision to achieve his current level of success.  The question of how much someone should charge, often stirs up a debate.  Geoffrey had a conviction about where he wanted his prices to be.  But he also understood getting those prices would be a process.  He also had a business plan and mentors that would help guide him on this journey. 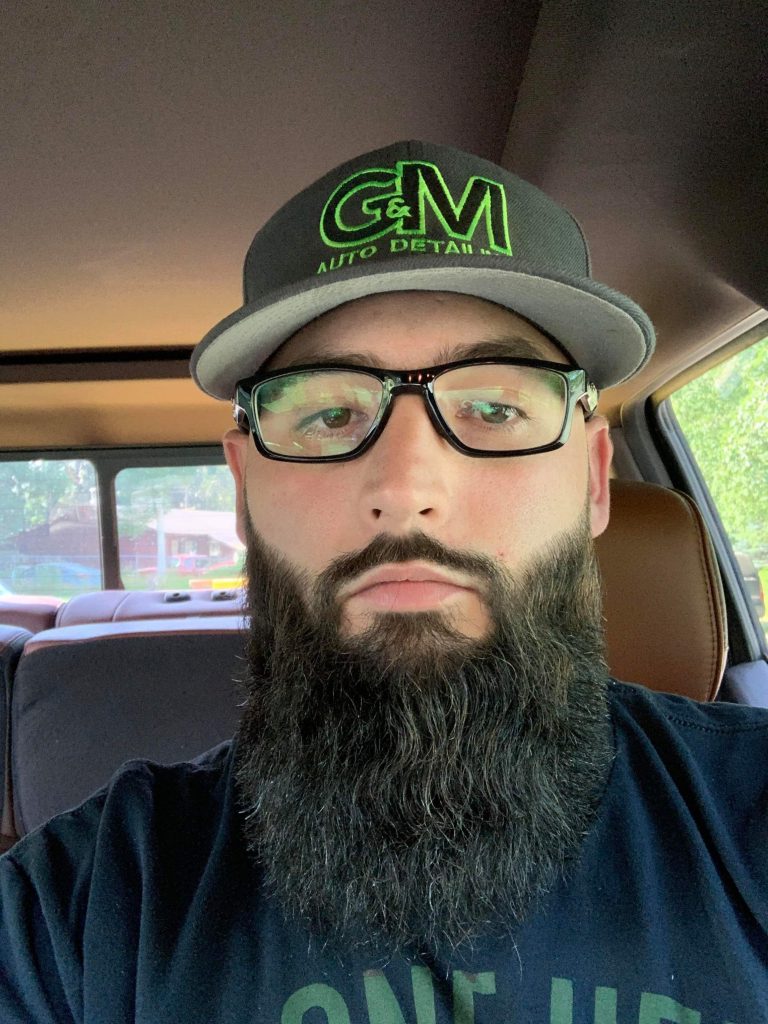 My name is Geoffrey Herd and I am the owner of G&M Auto Detailing.  Here’s a little background on myself and how I got into detailing.  I am prior active duty Air Force, in which I spent 6 years stationed in anchorage, AK.  After getting out of the Air Force I asked my wife who had spent her whole life living in Alaska where she wanted to move, as the Air Force would pay for us to move back to my home of record, which is Oregon.  Having traveled to visit family in Florida and my wife loves beaches, we sold our house, packed our stuff and moved to Florida.  Upon arriving there I was looking to sell my current truck and purchase another.  However, I wanted to get a dent removed and also get the paint looking good again as it had some swirls.  This was all prior to me really knowing anything about detailing.  When I was looking to get my truck freshened up, I was referred to a guy by the name of Nicholas Morelle (who later on would become a great mentor).  I took my truck to him and he did some minor paint correction and it looked great.  I sold that truck, purchased another truck and a couple of months later decided Florida wasn’t for us and moved back to Alaska.

Once I moved back to Alaska, I contacted Nick and asked him some questions about doing my truck.  I have always been a car guy and been intrigued by car detailing and making cars shine.  With that, I purchased the things Nick suggested and started on my own vehicles which are all I wanted to do in the beginning.  I didn’t necessarily intend on making detailing a business, but it did turn into one.  Once I did mine, I had a few family and friends ask me to do theirs and just snowballed from there.  Once I knew I had a business, I did all of the proper paperwork to start a business and went from there.  I started working out of my three-car garage which worked great for the time being.  However living in Alaska we had a lot of lifted trucks, which presented a problem of its own as my garage door is only 7ft tall.  Now when I started my business I knew I didn’t want to do basic detailing, as I fell in love with doing paint corrections and ceramic coatings.  I also knew that I had to make money, but knew that I couldn’t start off charging $2000 for a two-step paint correction and a 2-year coating.  Now at that time, I was working full time, I was also working full time at night for the Department of the Air Force working as an aircraft mechanic and then on Thursday, Friday, and Saturday I would detail.  I started out charging $30 an hour for all of my work but knew I didn’t want to stay charging that.  I also wasn’t relying on the income as I had a full-time job.  When I started I set a goal in my head to one day be charging $125 an hour but knew starting out there was no way I could charge that.  This was mostly because I was new and still learning, but also haven’t built up my reputation yet.

Fast forward to a year later, I had learned a lot when it came to detailing.  I was getting better at doing paint corrections as well as just general detailing.  With that, I decided to raise my prices, just a little bit to $50 an hour.  At that point, my customers started seeing the product I was producing as well as I was building a name for myself.  No one even blinked an eye when I raised my prices.  After the first year, I decided that I needed to move into a shop as my garage wasn’t cutting it anymore.  I couldn’t fit oversized vehicles like lifted trucks, so I was losing out on some key customers as we have a lot of them in Alaska.  So I started searching for a shop and found a 2200 sq. ft. shop that was perfect.  A little bit larger than what I was looking for around 1000 – 1400 sq. ft., but it was in a great location and I had to gamble.  Needless to say, it paid off big time.  With the new shop, I started looking at my financials and decided it was time for another price increase, partially due to now having to pay rent but also bringing on a professional-grade ceramic coating.  At this time I raised my prices to 100 an hr.  My wife thought I was crazy, she told me I was going to lose customers and no one would ever pay that to have their car detailed.  Boy was she wrong, yes I lost some customers (mostly cheap ones), but I gained almost double what I had lost believe it or not.  Another year goes by and I reevaluate where I was at in my business, now keep in mind still part-time.  Once again I did some price changes and raised my prices to $125 an hour.  This would be my final increase and exactly where I wanted to be from the get-go.  It took me 2.5 years to get there, but I did it.  Now having been at my current shop for 2 years, my lease is coming up.  After spending the last 3 years working 80+ hour weeks I decided it was time to step up and go into full time detailing.  I also found a new shop that’s 4800 sq. ft. that I will be moving into with this new transition.  It’s a huge gamble, but I think it will pay off.

The moral of the story is don’t be afraid to ask customers to pay what you are worth.  Was I worth $125 an hour when I started?  Absolutely not, but I can tell you with the amount of pride I take in my customer service I am worth $125 an hour and my customers know it and are willing to pay for it.  In the last 2 years I am consistently booked out 1 – 2 months, never take deposits and have had two last-minute cancellations in that time.  I have clients who drive 8 hours to come see me.  Why is that, I give them value in the prices that I charge.  Learn to give your customer value in your product as well as customer service and you will be able to ask whatever price you want. 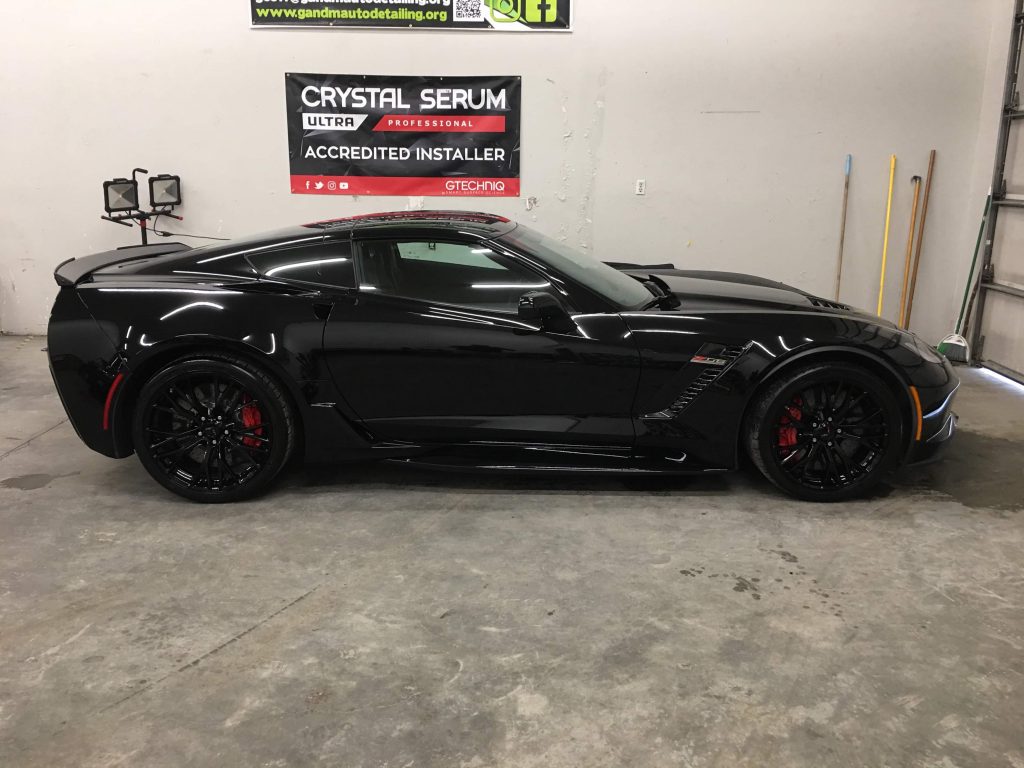 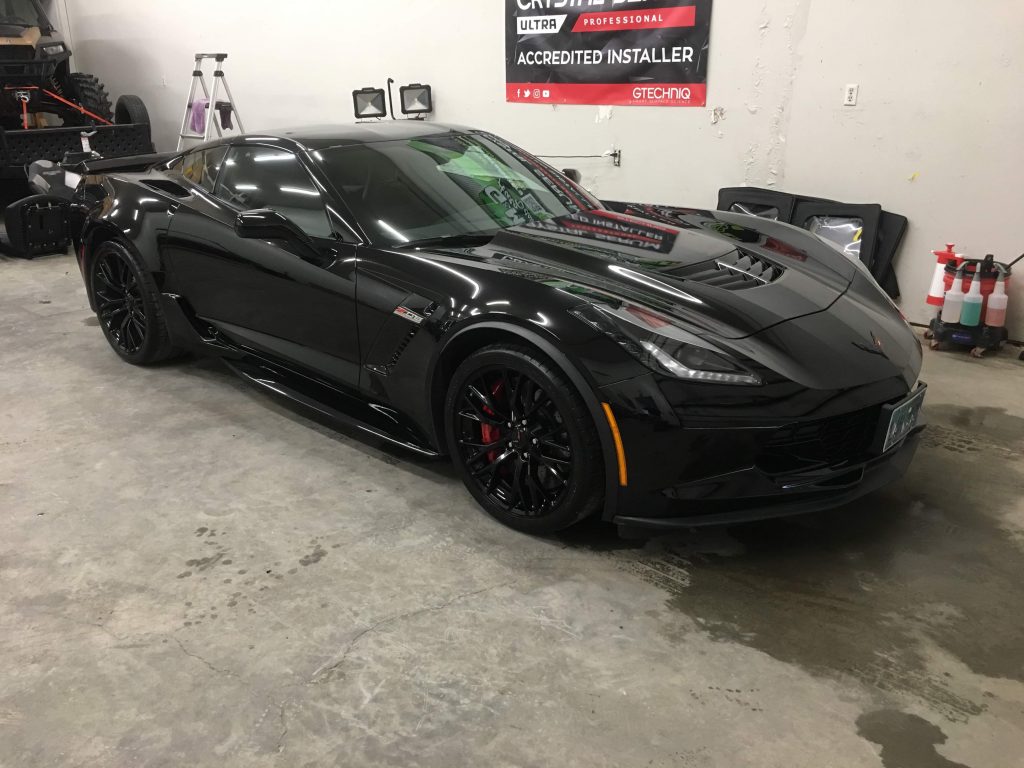 1 comment on Legitimizing The Detailing Industry Part 4 of 5: Interview With Geoffrey Herd