It requires a certain level of vision, conviction (perhaps insanity), and inner wholeness to run a business. Welcome to the world of high end (as some call it) auto detailing.

It is okay to say, “we are not a good fit”, to a potential customer and move on with your life. For some of the people who have followed me or know me personally, this may come as a shock to you.  I have been called many derogatory things over an answered phone call from those inquiring about my detailing services that I cannot, will not, and should not repeat ever to a family audience.  This animosity directed at me is usually triggered by my answers to questions about pricing and requirements to book a detail.  For many people who successfully have run any kind of business, this likely is not news to you.

Being able to handle some negativity is an unwritten prerequisite to running a business, especially a niche judged with assumptions and misinformation.  Also, I have learned to put myself in a position over the years to where I do not need to deal with toxic people more than I must.  Being professional during these moments in how you present yourself as well as setting mature professional boundaries is also paramount to running a business.

I have also been treated like royalty, fed some quite incredible meals, and received some of the most thoughtful and heartfelt reviews imaginable from many clients.  I assure you I am the same exact person that answers the phone.  Positive experiences with new clients have become more and more the norm for me over time.  This is a good thing for any business.  I personally do not believe in selling a service that someone does not truly want.

It took a couple of years for me to START to realize much of my frustration was trying to sell to someone who was never really interested to begin with.  These people only wanted what they perceived to be detailing from their lens.  I also realized that many of these people were the same people, who complained the most about the lack of quality.  My advice to you, believe people’s actions over their words.  If something was important enough to you, how much research would you put into partnering with the right business? 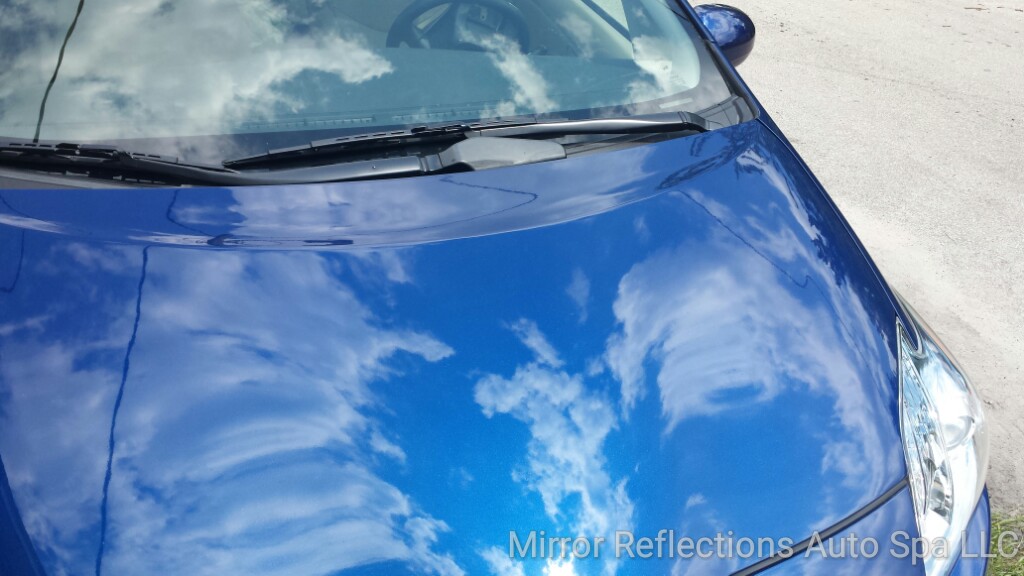 I always felt uneasy about people assuming that I only detail for the rich or only worked on supercars.  My interpretation of professional auto detailing, a luxury service with an enthusiast’s heart, consequentially lends itself to those with more disposable income.  It is a smart business practice to market more towards an affluent demographic.  But in no way does that tell the real story of what I do.

I was once a member of the local Chamber Of Commerce.  I attended a professional social gathering hosted by the Chamber Of Commerce 2 1/2 years ago when I engaged in a conversation with this gentleman.  He of course asked me about my professional title.  This led to a very impassioned rant about his previous detailing experience.  He complained about the quality of work at the price he was paying.  He asked me how much I would charge for an interior.  I remember he chuckled and told me, “I have to see your work” before I give you that much money.  For the record, I actually charged significantly less at the time than I do now.

It was not the first nor the last time I was given an example that not everyone is my customer.

Around this time, I detailed a vehicle for one of the wealthiest business owners in the city.  He is the owner of multiple businesses in the area.  After arriving to detail his vehicle and telling him the price he told me, “Rodney your prices are on the high end.  I had a detailer who would do all of this for $125.  But he stopped showing up.”  He later admitted he really didn’t pay much attention to my website when he looked at it.  He agreed to have me work on his vehicle in passive protest.  What I mean by ‘passive protest’: to say the experience was uncomfortable would be an understatement.  I remember his wife staring at me, sternly asking “why!” I was working on the vehicle so long.  It was impossible to interpret the atmosphere as anything but a couple who felt bitter believing that I had conned them out of money.  Although I made a very reasonable effort to clearly communicate my efforts, this experience is one example why I am so careful who I partner with.

Owners in this industry often assume that fellow owners will appreciate and be understanding of how they run a business.  This is a very flawed assumption.  It assumes that a detailing business owner is RESPECTED as a real business owner and that the trade is taken seriously as well.  That is often not the case.

I recently purchased a Sony A6400 camera for my business.  Soon afterward I was at Best Buy shopping for some camera accessories.  I ran into a couple looking at the Sony camera range.  I told them about the camera I chose.  After asking them questions about their needs, I recommended the less expensive A6400 camera.  The husband told me they were originally leaning on the A6500 because they equated a more expensive camera with better quality.  The wife said I deserved an honorary commission. As I left the Best Buy, I begin to reflect upon the time I booked a basic detail with a grad couple.  They told me about the conversations that they had from representatives of other businesses.   “We were told they could do everything for $100, but it scared us!  And we have a black car.  We also read your reviews.”For the frustrated business owner who reacts to the rants “you’re overpriced!”, do you ever wonder how many potential customers actually would appreciate what you have to offer but were scared off by your ‘my area’ ‘reasonable pricing’ fears and insecurities.  Nobody ever volunteers a phone call “I was going to book, but you were so cheap I couldn’t take you seriously.”

The owner of this Mercedes GLE booked for a multistage polishing (2 to 3 steps of paint correction).  Although in this case, I polished slightly more due to the hard clear coat. 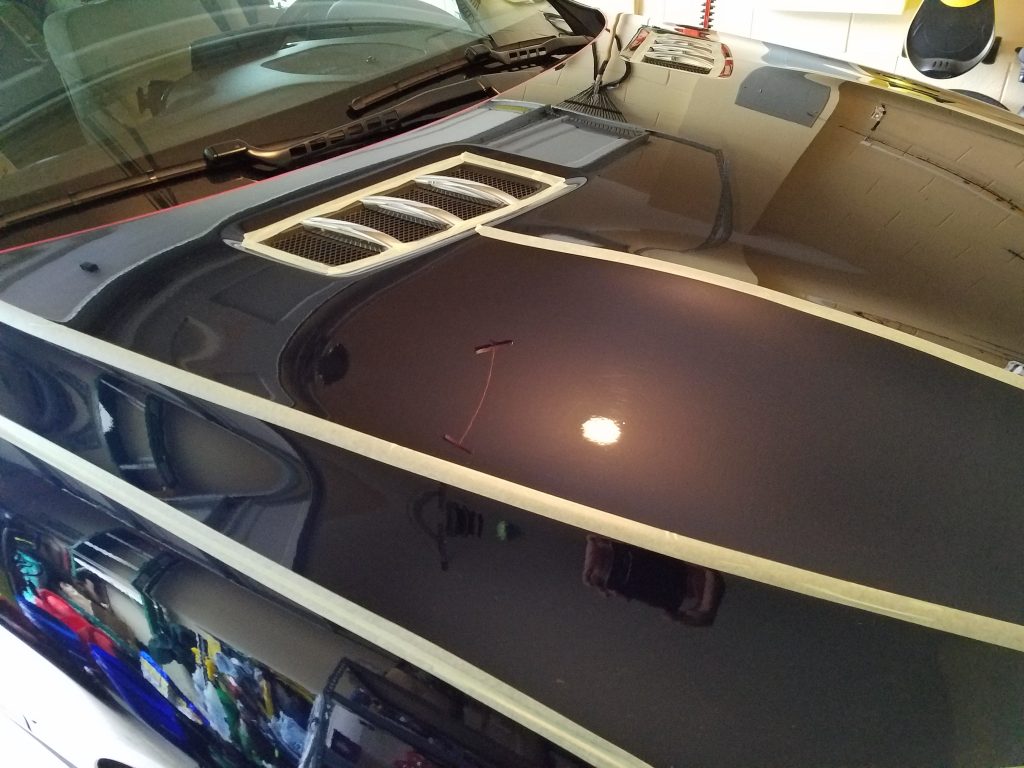 As I was preparing to wash the car, the owner told me the story of a previous mobile service.  “I paid them $100 they came and left in less than an hour.”  He shook his head and said, “I was never going to call them again.”

I remember at the beginning of washing his car, after foaming the car I went around the edges and emblems gently with my Detail Factory brush.  My client and the pizza delivery driver likened me to an artist.  Later in the evening, he asked about the light I was using (Scangrip Sunmatch).  The ‘Sunmatch’ part of the title elicited a giggle from him.  He would later notice I had taken out a second polisher, which elicited more giggling.  This would be a common theme for the next few days. 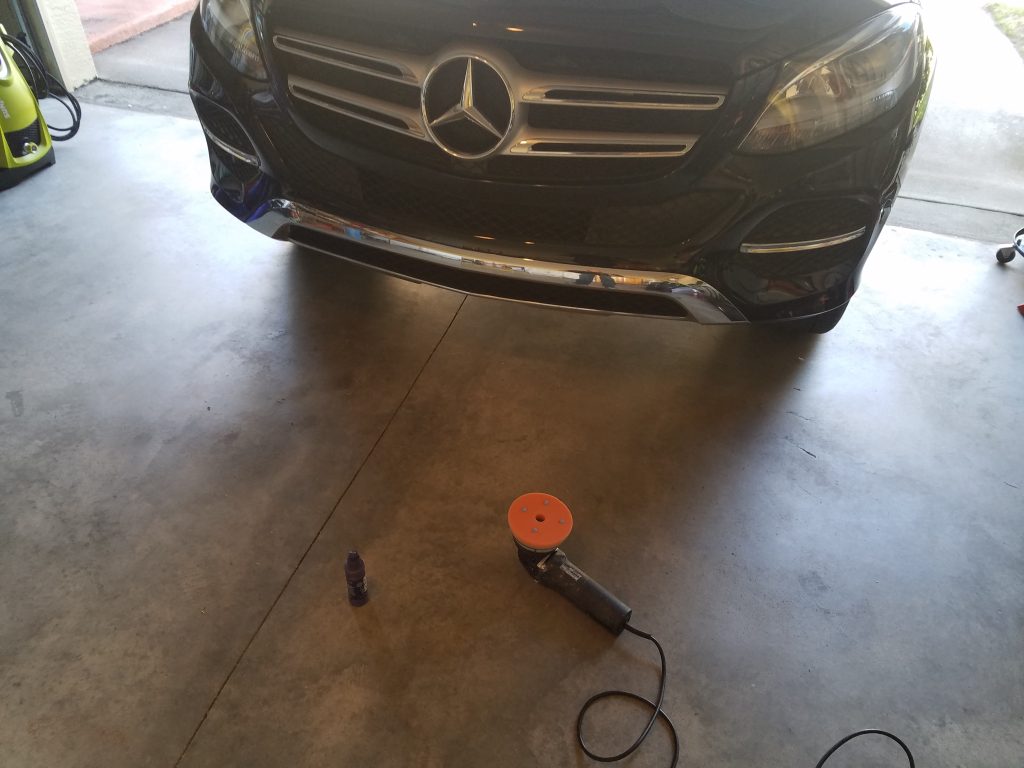 He would often pull me aside for detailing questions and lunchtime conversation about his favorite YouTube auto detailers.

I realized something after I concluded my detail.  Many of the people that booked with me did not care whether or not I was the best or even one of the best detailers.  They were moved by watching me put my heart into detailing their cars.  That care and passion meant as much to them as the final tangible product.

As professionals running a business, we wrap our heads into margins.  For the record that is absolutely important.  But are you doing the kind of detailing you love?  If not, it is going to take a toll on you.  There is a balance to this perspective only you can realize.  I can take a slight loss in income for fulfillment.  I likely would not be nearly as skilled or knowledgeable at my craft if this was ONLY for money.

2 comments on My Professional Detailing Journey: Part 2 – What Inspires Me