Over 4 years ago I remember when someone mentioned that I was “going to be on television for detailing cars.”  Someone else responded, “that’s stupid!” 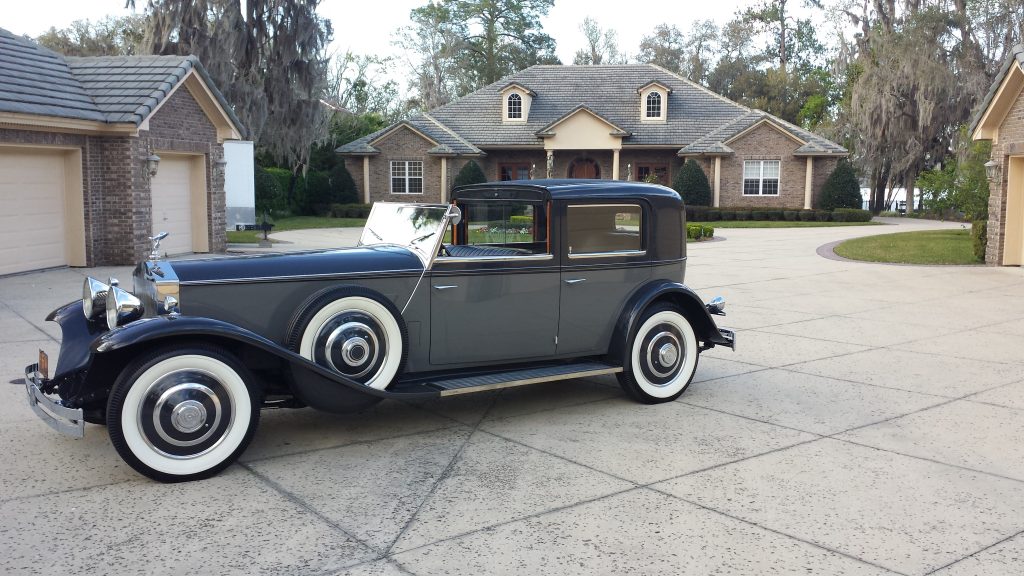 Fast forward a month later, I received an email about performing a detail.  He heard about my television appearance.  The potential client was interested in my Stage 1 correction package.  The Stage 1 is an exterior package involving one dedicated polishing step.  The car I was working on was a Ford Mustang with a rare green color no longer available for its model.  He told me, as we looked at the car together, that it was his dream purchase.  He said he was looking for a great detailer and heard about my television appearance.  He booked a date for the following week. 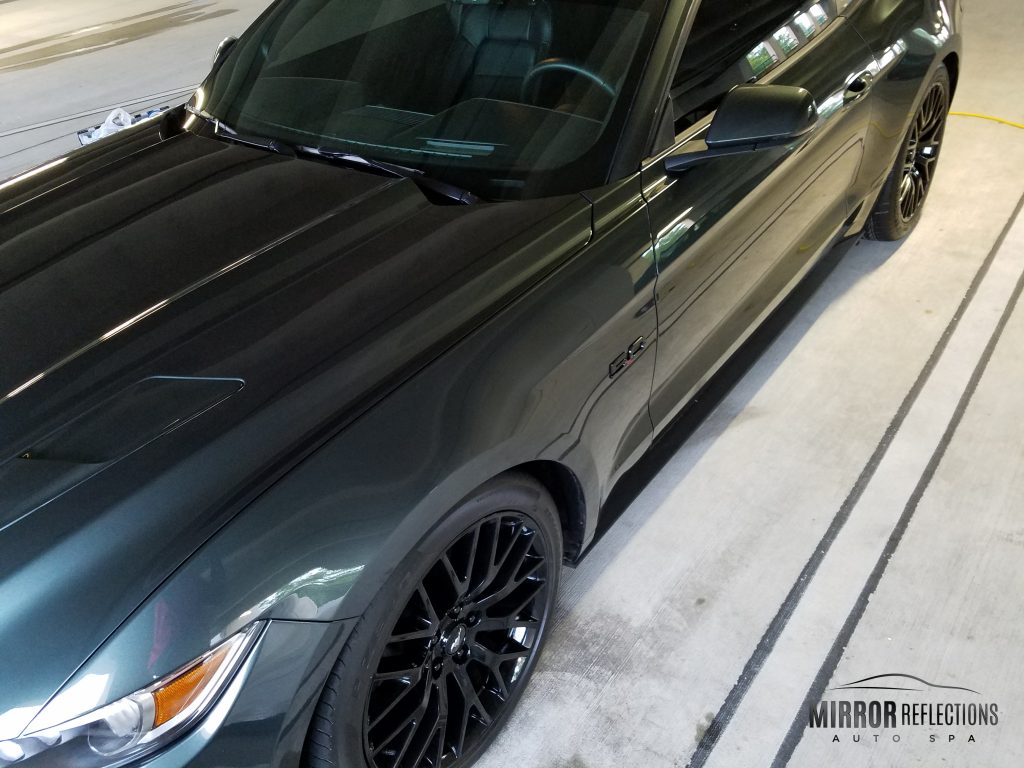 An hour later I received a text from him.  He reminded me how much his car means to him.  He acknowledged that I was new to detailing yet had good credentials.  His largest financial investment in a detailing service was not the easiest decision for a blue-collar employee.  His nervousness was apparent.

I could completely relate to the emotions he was feeling.  He was also clearly a loyal (and very likable) guy.  I told a friend of mine that I was a little nervous.  This would be the first vehicle I ever detailed that was cosmetically in better shape than my own car.  Over time, I would end up detailing multiple vehicles for him and his wife including a second time with his Ford Mustang.

It is often stated that new detailing business owners need to focus on the business side first and detailing second. It is often stated that failure to get this concept is the root of failure in many detailing businesses.  This is very true.  But there is something more.  You can have all the business degrees and be missing something at the heart of your venture.  Successfully offering a niche service that you are passionate about in the face of inevitable antagonism requires something no business course or detailing skills training can offer.  Being true to oneself.

Why is that important?  I learned the people that are most knowledgeable and willing to be educated about the value of higher-end services are the same people that respond to authenticity.  They can tell whether your mind is fixated on this being just a paycheck or if you are really dedicated to the craft of detailing.  How do I know?  Not only do the actions of this Mustang owner reveal this, but this has been echoed back to me by the many clients who had considered much more established operations before choosing me. 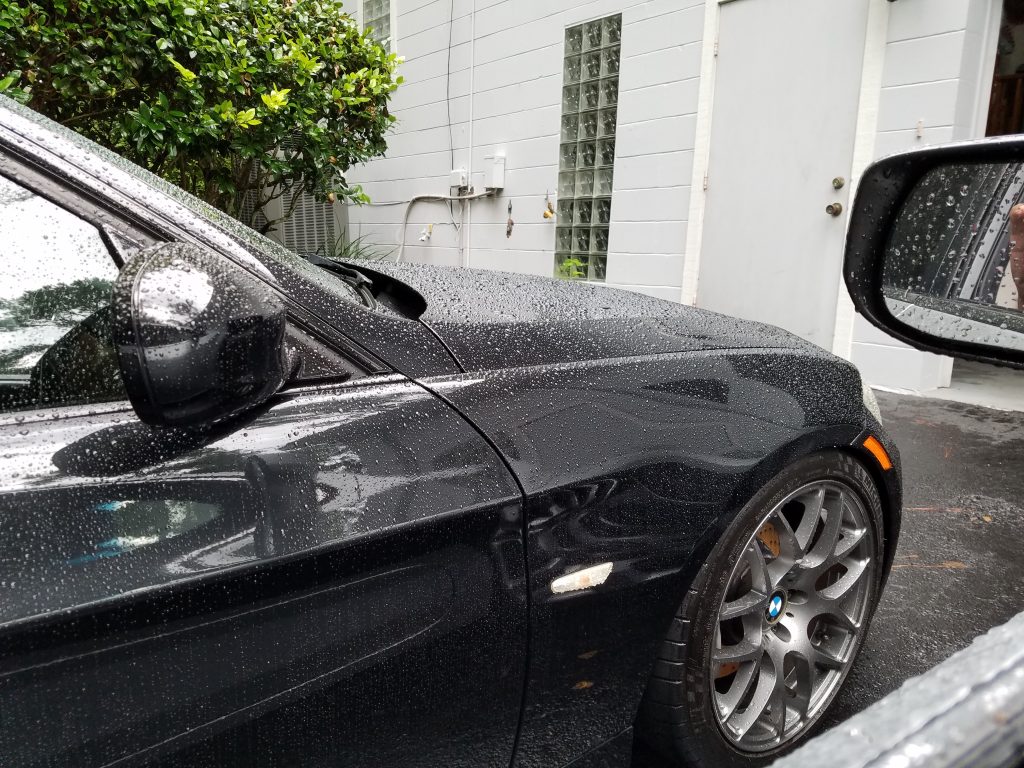 Here is a lesson for anyone using a silica sealant (especially for the first time).  All protection products have some sensitivity to the elements.  Silica sealants (some more than others) can pose application issues when the humidity is high.  They are very similar to ceramic coatings in that respect.

I worked on this BMW.  I remember applying a very finicky silica sealant to the car.  I recently gifted the owner a maintenance spray sealant topper for a different car that I polished and ceramic coated prior.  My choice for protecting the BMW with this spray sealant was with the intention of giving the owner the flexibility of using the topper (synergistic maintenance option) for both cars.  Unfortunately, the BMW was exposed to too much humidity at the time of application.

I recall the phone call two days later.  “Something is wrong.”  I went to see the car to access the situation.  I remember informing the owner of the BMW that I know exactly what happened; easy fix, “just embarrassing.”

I received a text minutes later from my client stating “don’t beat yourself up.  You are a stand-up guy.”

So, for those that are reading this, enthusiasts or budding professionals still learning about car care who have been attacked by trolls for not being a perfect detailer, don’t beat yourself up.  It is just a car.  I can’t believe I said that, but you get the point.

This was a time in my life I recently became increasingly unaffected by outside influences.  It was an incredibly liberating feeling!  I was making it easier on myself to do what I was naturally gifted to do.  Those core values and mission statements we see on businesses aren’t supposed to be superficial hallmark moments.  They are supposed to serve as a foundation to keep us centered and serve as a heartfelt professional expression of why a business exists.