On the morning of November 1st, 2010 the alarm clock went off very early. I had to start extra early to make my way to the Cooperider residence in Columbus, Ohio 418 miles away. So as normal, I started off with a bowl of Kellogg’s Strawberry Special K cereal. Loaded the car, cranked the heat, and got to driving. Even hours later as the sun was coming out, it kept getting colder as I headed north. All I could think about was that later that day, I would be in Las Vegas with shorts and a tee shirt. The day couldn’t have taken any longer, not to mention that it would be my first plane ride, EVER!

Moving later into the day I finally make my way to the airport in excitement but in the meantime was asking one question after another (Sorry, Todd). We finally boarded the plane and lucky me, window seat. With the 4 hour flight in route, I must have spent 95% of my time looking out the window pondering the thought of, which state are we over now? Remember, this is my first flight and I was excited to be in the sky, so take it easy :). Finally landed and put the jacket away, caught a shuttle to the hotel and quickly changed and got ready to grab some dinner.

Day 2 started with an early complimentary buffet at our resort which had one of the biggest selections of food I have ever seen, especially being 7:30 in the morning. I was not complaining. After breakfast the auto side of things kicked in to gear. SEMA show 2010 here we come! The sheer size of the exterior alone is overwhelming, but wait until you’re inside looking for a directory just to find the bathroom. After taking a walk through all the halls in route to the paint care section, it was nearly time for lunch. Although we were not able to talk to everyone and see all the displays, we made sure to make time for the few companies we were familiar with. We spent a lot of time with Paul from Chemical Guys, Dr. G from Optimum, the Proper Auto Care Team, and several people associated with Meguiar’s. All were very talented and impressive company to be around. Be on the lookout in the future for exclusive 1 on 1 interviews with some special people.

Day 3 was just as exciting as the day before. Another day trying to catch what we missed and another day of meeting great people. I had the pleasure of meeting DI Blog Writers Eric Schuster, Greg Nichols, and Chad Raskovich for the first time…what great people to be working with (hopefully they thought the same). During the day at the show, Todd and I got to meet DI Blog follower Rob Flamm. We spent some time speaking with him about the articles, his vehicle that was on display at the show, and projects for the future. Not to mention, out of all the cars there that I had seen, his was in the best shape by far, even compared to these “show cars” that were on the display. I would like to think that some of that is following the blog and continually looking to improve on proper car care. Our last night there we had dinner with several great detailers and industry leaders that was nothing short of a great time along with some fantastic food. Can I go back now?

Day 4 we headed home with an early flight and back to the cold weather. I was extremely tired from the trip but got back to Todd’s house, watched my Virginia Tech Hokies pull out a big ACC win, and finally called it a night. We woke up early the next morning, went out for breakfast, and then I got to see the Ferrari Stradale from Texas in person. What a great job Todd did yet again going above and beyond with nothing short of perfection. Also, be on the lookout for several glossy vehicles that Todd and I teamed up on recently.

I loaded my car back up, said my goodbyes and on the road again for 418 miles back home only to start working the following day.

It was a 5 day trip but felt like 2 weeks with how tired I was. You can literally walk for miles at that place, each day. With many hours spent chatting and planning with Todd between flights, hotel, travel, etc., be prepared for some new exclusive content here for you readers. The future holds many great things.

Thank you for taking time to read this article, it was a great time and I look forward to meeting you all out there next year!

6 comments on Two Detailers and a Trip to Vegas 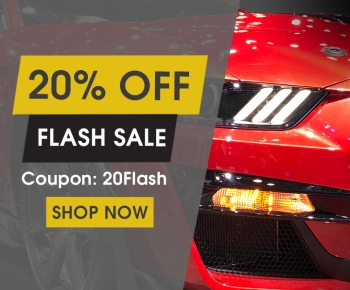