What is an orange peel and how do you fix it?

Anson,
Great question on something that affects the final result of how any car looks. While there is a short answer and a long answer, I hope to give a thorough answer that will you give you and other enthusiasts on what “Orangle Peel” is, how it is created, and options of dealing with it.

Ask-A-Pro: What is Orange Peel and How Do You Fix It? Part One of Two.

Orange Peel is the term commonly used to describe a finish that is not very flat for one reason or another. If you look at the surface of an unpeeled orange, you’ll notice the surface isn’t really smooth, rather it has obvious higher points and lower points. 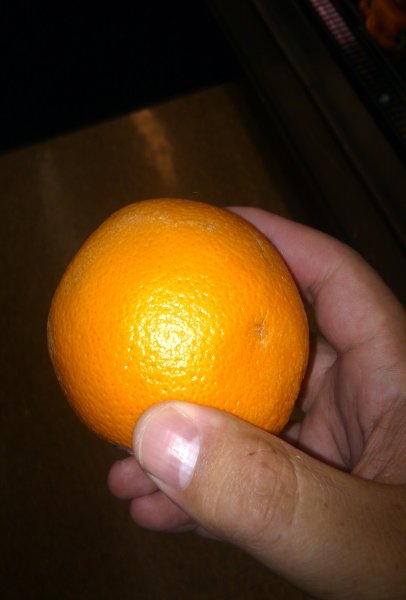 When liquids are sprayed (primer-sealer, base-coat, clear-coat, etc), they are mixed with pressurized air in order to propel and “atomize” the liquid, that is, break the liquid into many small tiny drops that will reach the intended surface. The smaller the drops and the more smooth the air flow propelling them, the more even and smooth the painted surface will look. Also, as the little drops land on the surface, the flatten out (due to the adhesive bond on the paint drop and the surface, and gravity, or other means of creating attraction) and the more flat they settle before they dry; the smoother the finish will be. The more flat the paint lays, the more clear and crisp the reflections will be. This is also why an outstanding paint job is referred to looking “like glass.”
Dispite the optical benefits of a flat surface, almost all cars have a lot of orange peel when compared to cars manufactured just 10 years ago. While dealership sales representatives from various manufacturers have been quoted as claiming this is done on purpose “to help hide scratches”, the truth of the matter is likely much deeper than that.

Volitile Organic Compounds & Pollution
VOC laws have become more and more tougher across North America and Europe over the last several decades as national and local governments try to crub pollution and the long term effects of green house gases. While this is a good thing for our health and our future generation’s health, tougher laws mean less aesthetically appealing paint jobs out of the factory as paint restrictions allow for less and less VOCs. Volitile Organic Compounds are the parts of the paint that hold the pigment molecules in an even distribution to help transport the pigment through the air in a liquid form and onto the surface. Once the paint reaches the surface, the VOCs evaporate from the finish leaving the paint to become solid and dry. If you’ve ever been around a paint shop, you’ve likely smelled the VOC’s in the air as they evaporate giving off a strong solvent scent. VOC’s are used as carriers of particles: they suspend pigment agents, urethane, polyurethane, and other molecules that will be left behind once they evaporate away. They also allow the spray-able liquid to be much less viscous: that is they thin out the liquid solution to be less like honey and more like water. The thinner the liquid is, the easier it is to atomize as it comes out of the paint gun, and the more VOCs in the liquid: the longer it will take to begin to become sticky/tackey, and the longer it will take to dry. The longer it takes for the paint to dry, the flatter the paint will end up as the drops have plenty of time to settle into a flat surface. While it could be common for paints of the past to have 75%+ VOC content (that is, 75% or more of what you spray will evaporate away), many laws today force certain products to have up to a maximum 50% VOC content or even less.

The Future of Automotive Paints: Water-Based?
Some local governments / municipalities will begin to force OEM paint applications to use water-based base-coats (the thin layer of pigment under the clear-coat that provides color), or have already began forcing manufacturers toward this new technology. While the benefits include a large drop in pollutants in the air as well as a very fast drying time, these paints are still having the kinks worked out. Because the clear-coats being used are still solvent based, they don’t completely bond in the same way with the water-based layer they lay ontop of. Some owners of newer cars complain of abnormally high stone-chipping issues, but it is hard to prove is this is due to the new paint technology or not. In the future, we may very well see a move to completely phase out solvent-based products, but for now clear-coats continue to be solvent based as well as most “refinishing” products (body-shop AKA after-market paint jobs.)

Now that you know what orange peel is and a little about how it is formed, in the next Ask-A-Pro article we’ll discuss how to get rid of orange peel so you can go from this: 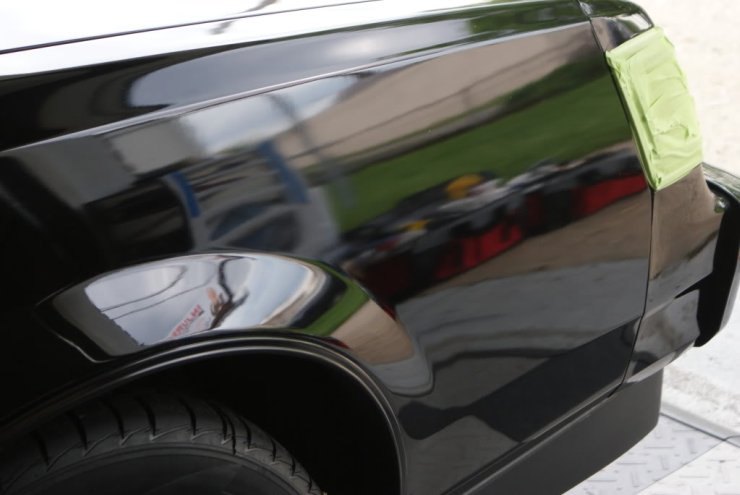 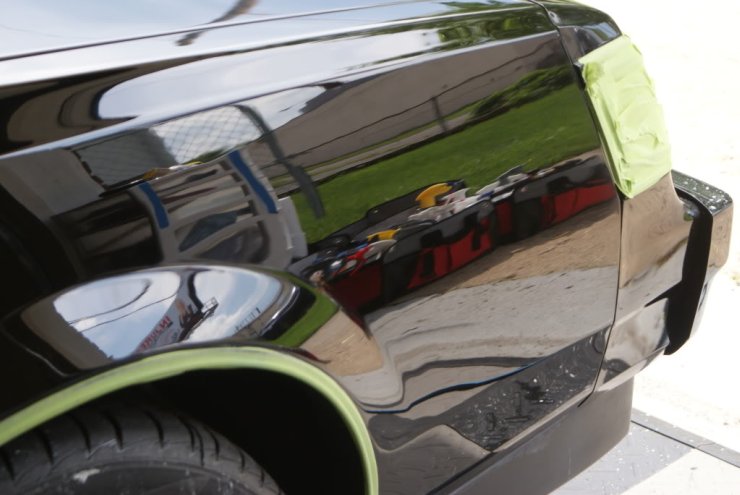 This article was written by Marc Harris of AutoLavish Fine Automobile Detailing from Michigan with further editing, clarification, and information provided by Jacob Bunyan of AutoLavish.

19 comments on Ask-A-Pro: Orange Peel Part One of Two – What is it and why is it a problem? 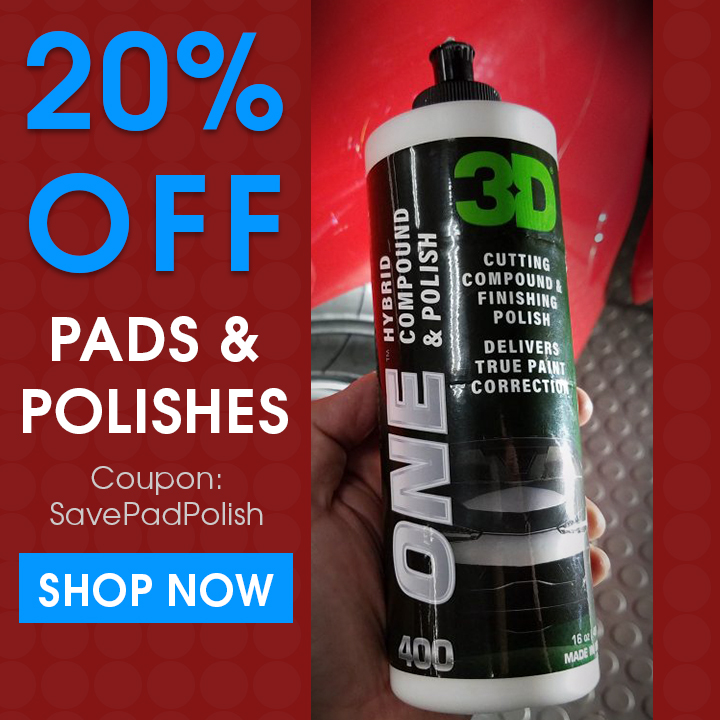