I wanted to take a moment to give a shout out to all of you regular blog readers that have been following our work here on the Detailed Image Ask A Pro Blog.

I see a lot of people making regular posts and replies, I’m getting a lot of direct emails, and everybody is genuinely sincere in their thanks and appreciation for what we’re doing here.

I’ve been introduced to quite a few new clients since I have been posting articles on DI (wow…already over a year now!). They were researching products and procedures, found out that I am located in Central Ohio, and have brought their cars to me for detailing and paint correction work. Some of these clients have come over from long distances too. I’ve had cars shipped to me, and I’ve had people drive in and spend several days in the Columbus area and they visited with friends, family, or co-workers while I detailed their vehicles. It always makes me feel good knowing that people go through such efforts just to have me make their cars looks new again.

This past weekend however I was visited by a new client that found me through the DI Blog. He was making a 4 hour trip over from Indiana and having me do a multi-stage polishing job on his Audi which would be done over a 2 day period. Usually when people bring their cars to me they have somebody following them for a ride home (or wherever they may be staying). This time however my client arrived by himself. After chatting a bit he asked me for a ride to the nearest hotel. Obviously I had no problem with this, and asked him if he was meeting anybody later, or had friends / business that he was tending to while here. He said “no…I came over here just for you”. He brought his laptop with him, and simply planned on staying in his hotel for a day and a half, do some work, and relax a bit while he waited for me to work on his car. So not only was he making an 8-hour round trip drive, he was also prepared to just hang out in a hotel room for extended periods of time.

I’ve done an extensive amount of travel in my days, and I can tell you that being stuck in a hotel room with no transportation is like punishment! So knowing that he was willing to go through that just to have me work on his Audi was a big compliment.

So I thank all of my clients that have found me through Detailed Image, those that have travelled long distances and stayed in hotels, and those that have shipped their cars in from around the U.S. I also thank all of the regular DI Blog readers that have been so thankful for the information that our Detailer / Authors have shared.

And finally…I’ve exchanged some recent emails with some DI Blog readers in Australia that have a very nice collection of rare and exotic vehicles. Who knows, maybe in the future I can make my way over there, document the entire trip and work, and produce an epic article for the ages!  Would anybody care to see that?  🙂

17 comments on DI Blog Readers are the Best! 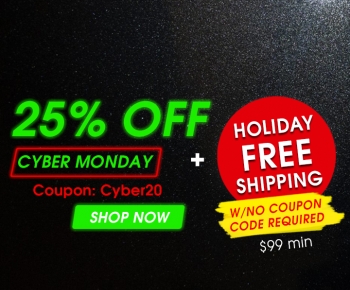