One of the most talked about exhibits at SEMA this year is the Kia Justice League “We Can Be Heroes” display. A little background from their press release:

Kia Motors America (KMA) and DC Entertainment kicked off the 2012 SEMA Show today in superhero style with five radical machines inspired by the members of the Justice League: The Flash Forte Koup, Aquaman Rio 5-door, Cyborg Forte 5-door, Green Lantern Soul and the previously unveiled Batman Optima. Built by West Coast Customs, RIDES and Super Street, each of the vehicles feature custom artwork by legendary comic book artist and DC Entertainment Co-Publisher Jim Lee and are intended to raise awareness for DC Entertainment’s “We Can Be Heroes” giving campaign to help fight the hunger crisis in the Horn of Africa. Each Justice League character was assigned to a specific Kia vehicle based on personality and key attributes to create these five iconic works of art on wheels.

We made our way over to the cars and snapped some photos. They definitely did not disappoint! 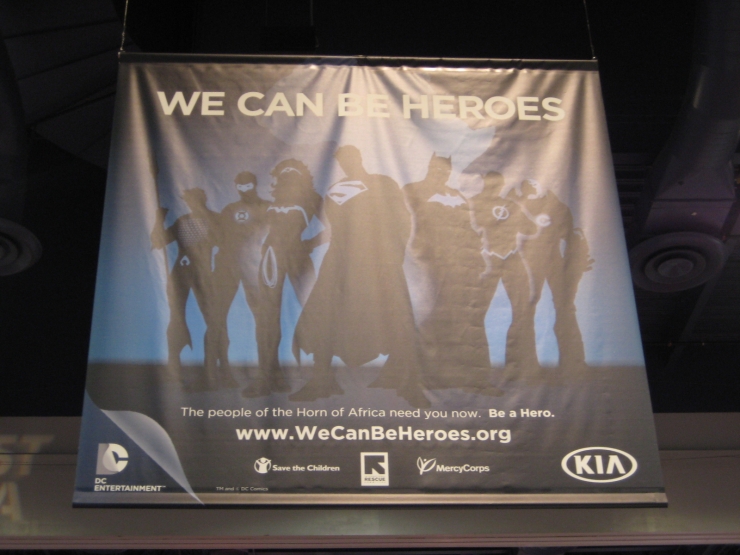 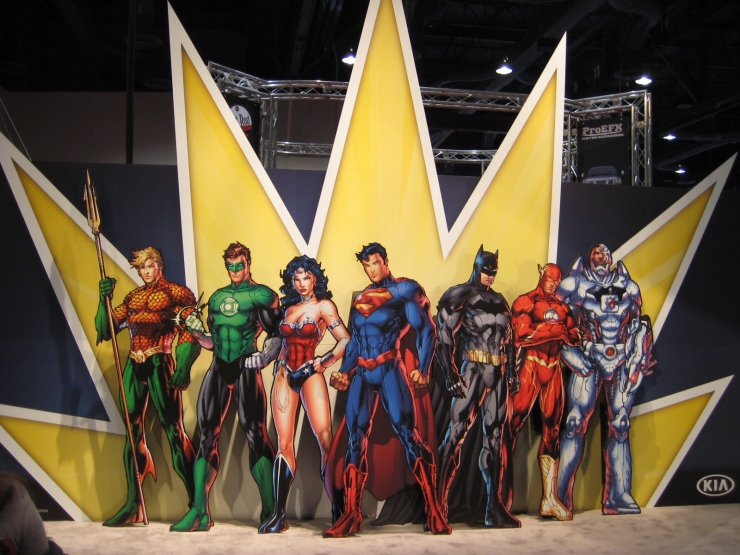 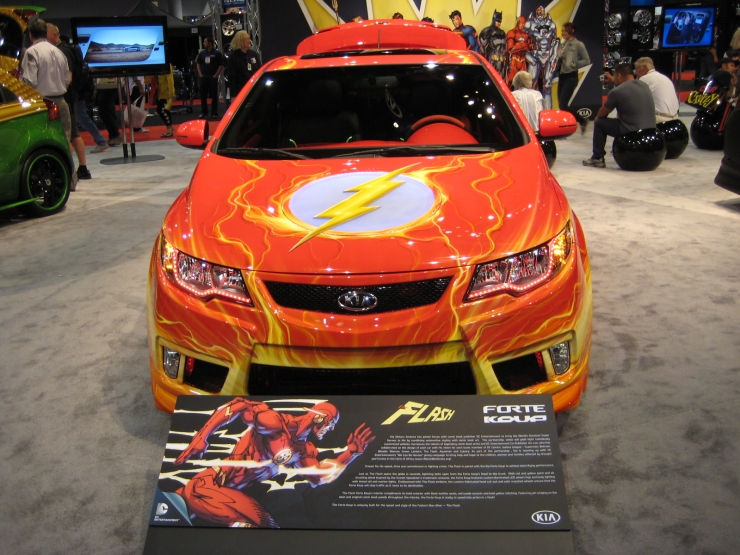 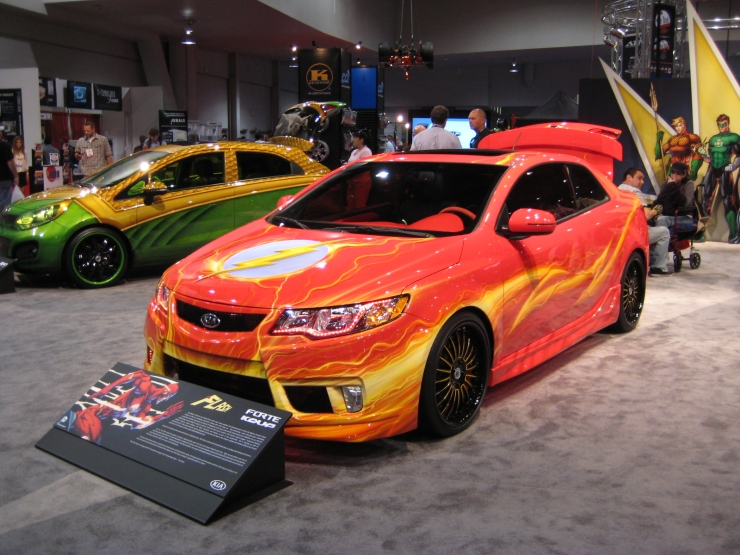 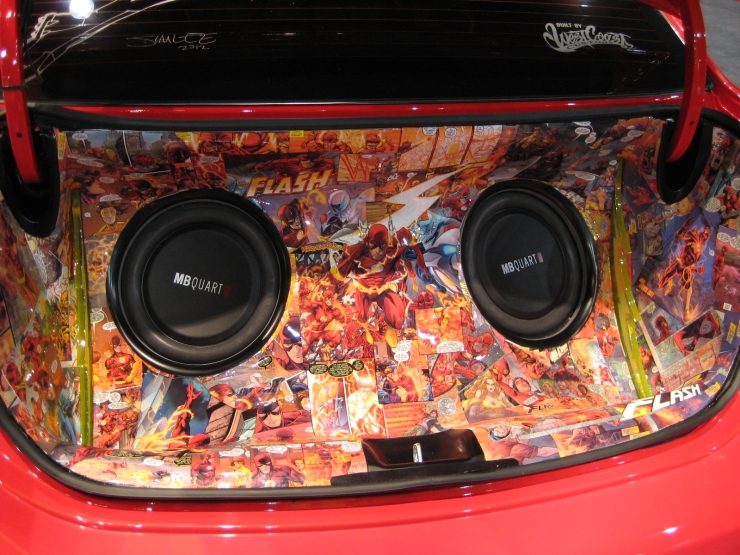 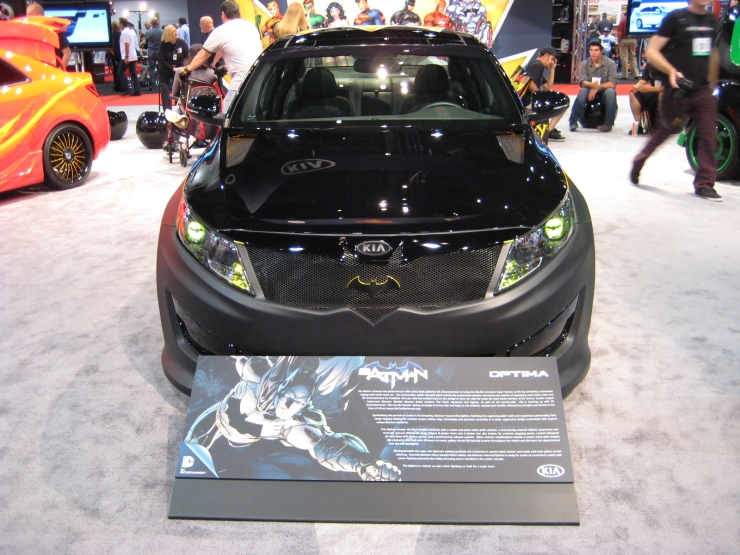 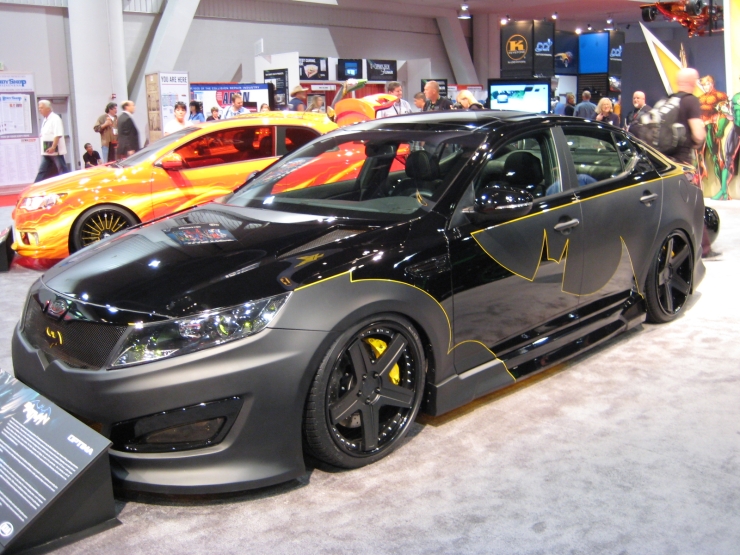 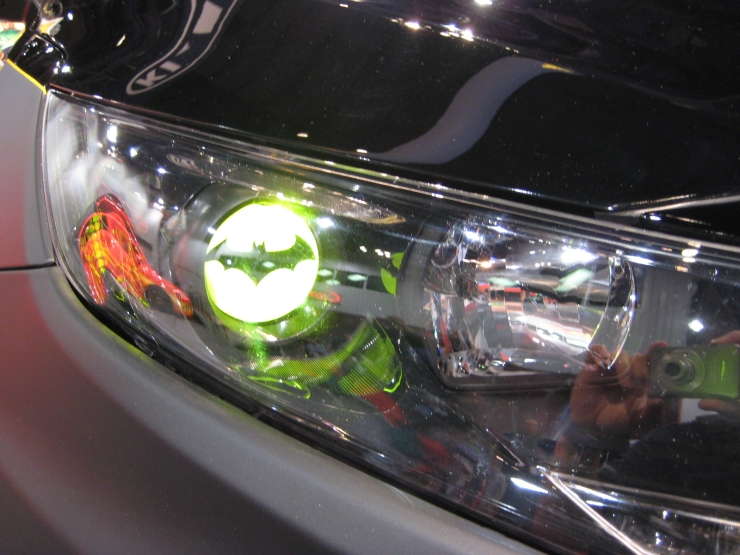 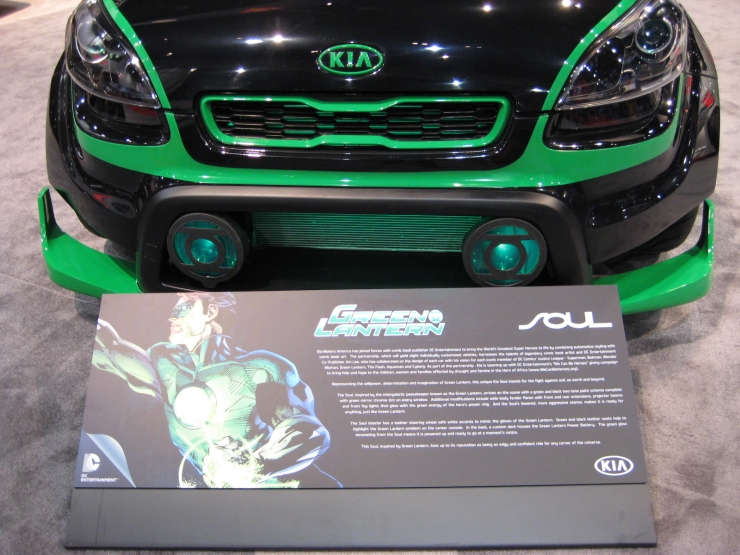 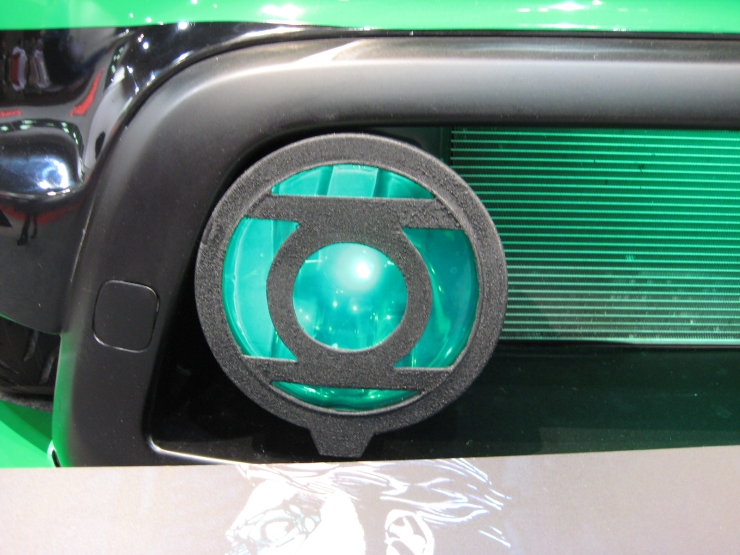 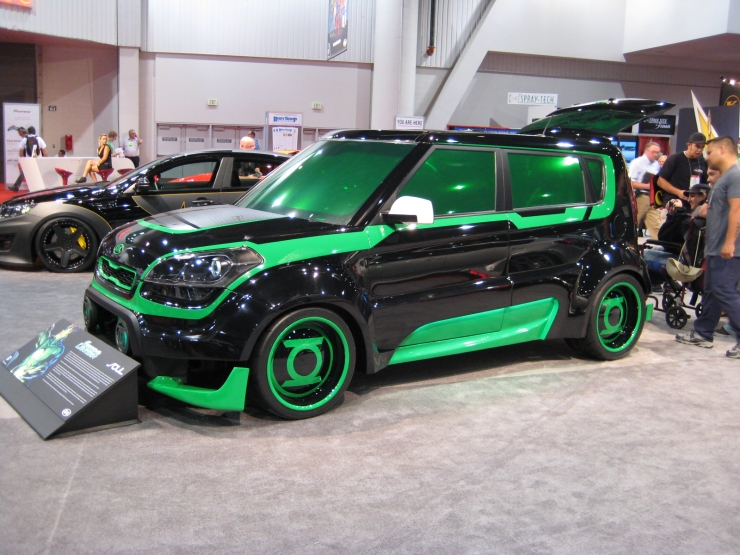 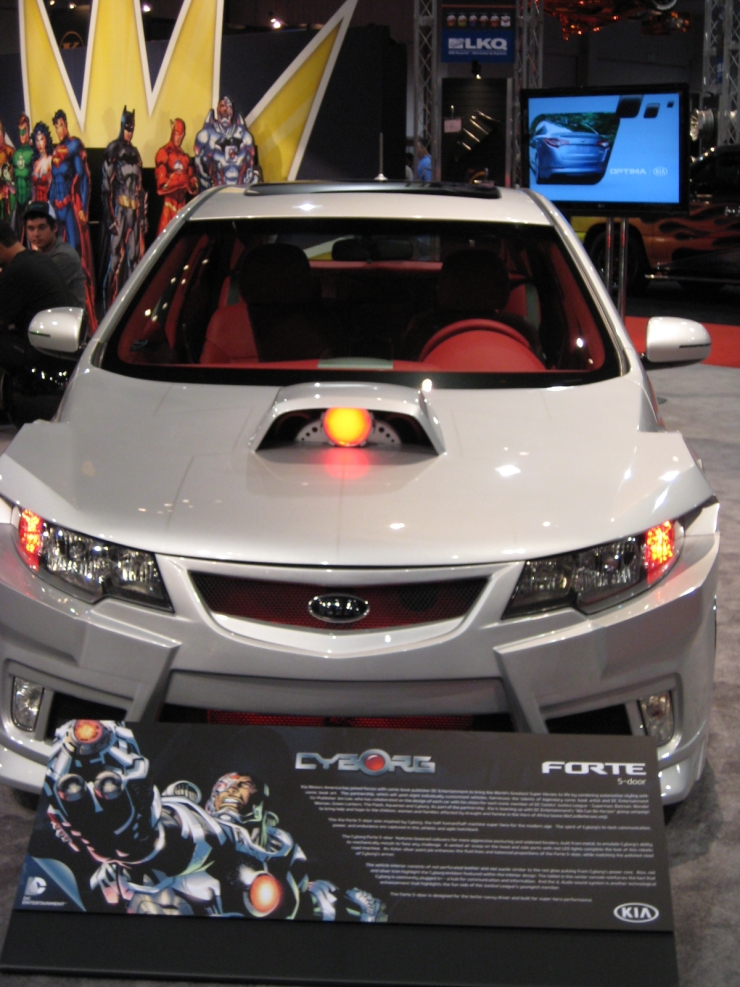 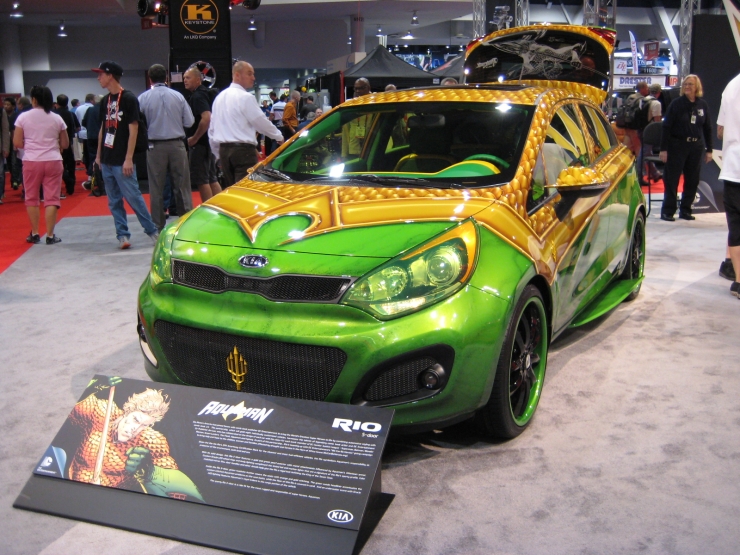 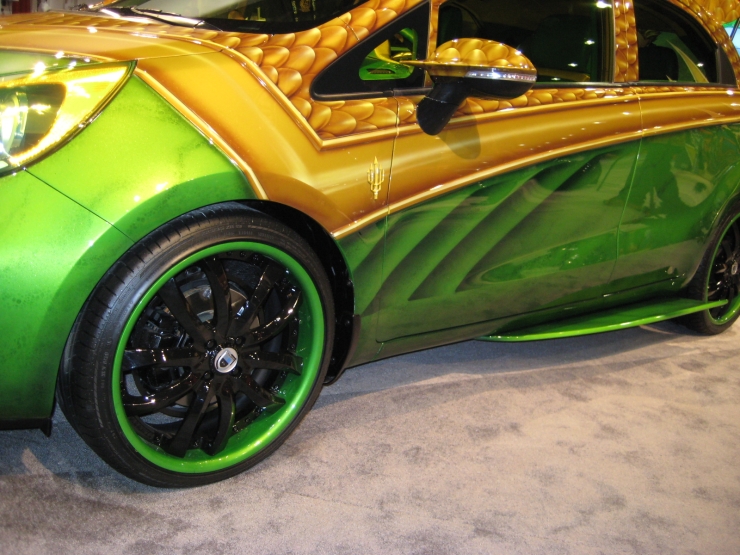 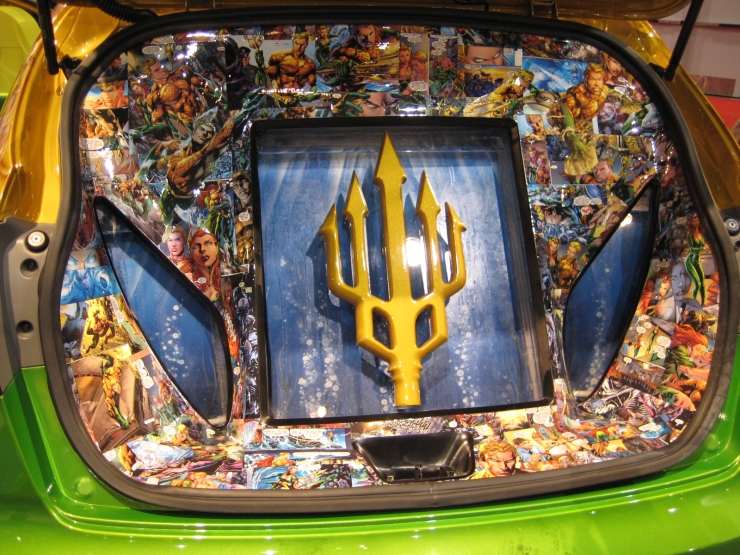