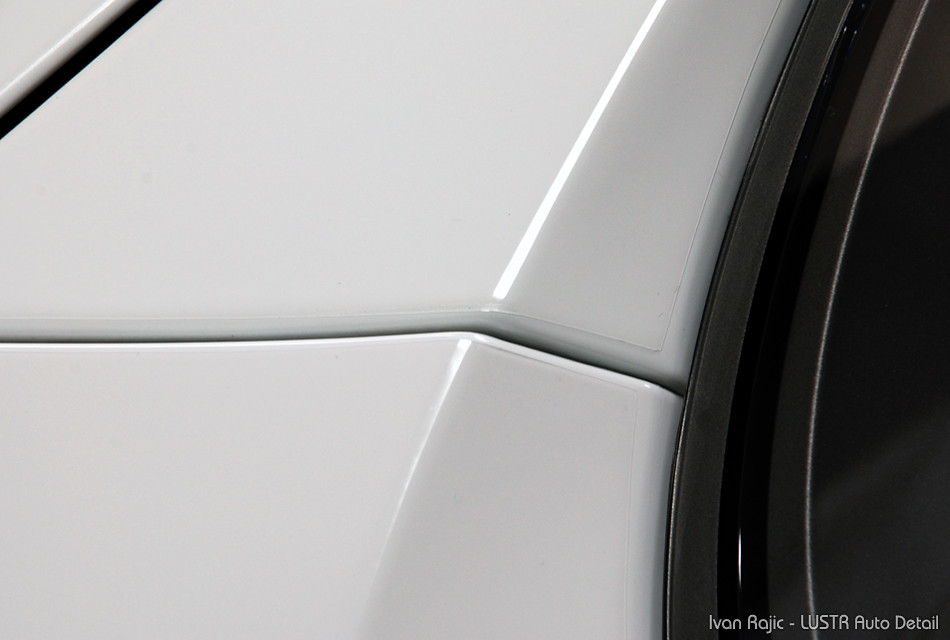 Paint Protection Film, clear bra, PPF, etc are all names for an amazing product that changed the automotive industry over 15 years ago.  The last 10-12 years these films have gotten extremely good looking in terms of texture and installation, as well as overall performance and durability.  Most of the films from reputable brands have had great UV protection and self-healing properties for the last decade and in the last few years we saw improvements in stain resistance, easier installation (which leads to less marks during install) and hydrophobic characteristics.  So what are some pros and cons of the film?  Here are a few thoughts I have after working with it for about 8-9 years now…

I’ll start with the disadvantages because I feel they’re more of a debatable and subjective issue rather than a “con”, but I’ll list them regardless.   and let me explain.  These couple things are aesthetics and maintenance.

In terms of aesthetics, PPF will never look as clear, deep and texture free as paint.  It’s usually 6-8+ mil thick and it’s practically a piece of plastic, so of course it’s going to have some texture.  That said, some films out there (such as old “regular” Suntek C) are much better looking in terms of texture than others, so the difference with covered and uncovered paint is minimal.

Also, sometimes film can’t wrap around certain crevices on the paint, so the edges of the film will show.  This is most easily seen on silver cars from my experience.  A good installer will make these edges as close to the panel edge as possible (sometimes right on the curve of the edge) so it simply disappears.

Going back to these being debatable cons… This is just the nature of the material so if you want the protection you have to deal with it.  That said, a proper install with good film will make you forget you have film on your car in a matter of days.  I’d compare this to actual glass on a car.  For example, as clear as windshield glass is, you don’t see through it as you would without it, but you need glass to protect from wind and the elements.  In short, it’s not a disadvantage of the film, rather you simply have film on your car to do a specific job and it does it really well.

The other disadvantage is maintenance.  If you get a scratch, staining or similar other defects in the film, they may be in there permanently.  If you get such defects in paint, they can many times be polished and corrected bringing the paint back to how it was before the defects.  This could be seen as a con, but again the film is there as a sacrificial layer to protect from scuffs, rock chips, scratches, etc.

Also, you have to be careful around the above-mentioned edges of the film when doing just about any maintenance.  One of the biggest issues I’ve seen is using a pressure washer near the edge as it may cause it to lift, especially if angled right into the edge.  Some common sense quickly solves this issue.  Other than that edges will obviously collect wax, polish, etc. so you may need to tape them off or not go near with certain products.

I can’t really think of anything else that can be seen as a disadvantage for PPF.  However, there are definitely advantages.

I’d love to say there are MANY advantages, but simply put there’s just one… you have the film and it does what it’s meant to do really well.  The obvious one is how there is no tons of rock chips and that “peppered” look on the front end or rocker panels.  Then there’s the fact it protects against random scratches that may happen daily such as kids walking next to the car with bikes, loading stuff into the trunk and simply opening the door too far and hitting a wall.  It also has other specific uses like using it on sensitive interior trim that may scratch easily, engine bay areas where hoses/wires may rub the paint off and headlight lens to prevent yellowing (along with chips of course).  Even more random uses for film are in different areas around the car where stuff like plastic door sills will rub the paint, window trim will touch the top of the door, roof rack area to help prevent scuffs when stuff is moving around up there.

Lastly, there’s a plethora of uses for PPF outside the automotive industry.  I’ve personally wrapped my own as well as clients’ bicycles, motorcycles and even helmets.  You can do key areas on each of the above or the whole thing and it does an amazing job keeping the surface in great condition.  On bicycles it helps a ton with cables rubbing, rocks popping from below, chain smacking the frame, etc.  On my motorcycle it’s great all around but most noticeably on the gas tank where your legs rub the sides as well as the top when filling up.

Not to mention we’ve done quite a few installs on table tops with expensive materials that need protecting, random carbon fiber pieces and expensive home appliances to protect the paint from scratching due to daily use.

All in all, I’m a huge fan of PPF and would recommend it for anyone on anything haha.  There’s of course a cost involved and that’s usually what guides coverage on a client’s vehicle, but any film is definitely better than none.

7 comments on Advantages and Disadvantages of Paint Protection Film 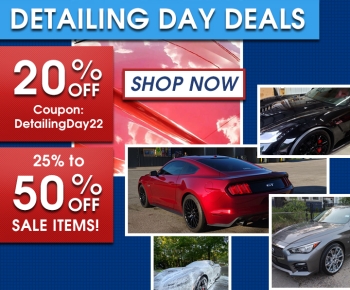