While the Magic Eraser in most cases is, err, “magic”, it definitely has its limitations in regards to automotive detailing.

I have used the Magic Eraser many times on cars, but it’s limited to removing scuffs on plastic door panels or sills, or it is used to clean very dirty textured plastic on lighter colored interior trim. If you have a grungy, beat up plastic door sill on a car, the Magic Eraser can do wonders to clean it up and bring it back to life when less aggressive methods won’t work.

Since the Magic Eraser is made of a foam-like material, many people may make the mistake of trying it on the painted surfaces of their car to remove heavy contaminants (bird droppings, sap, bugs, etc). While it may seem like it’s doing a great job of removing these contaminants, the truth of what else it’s doing won’t be unveiled until after you dry off the surface and look at it in the sun or under a light. That nice “soft” sponge is very abrasive, and is capable of doing a lot of damage to paint or other delicate surfaces.

Since we have seen this question pop up quite a bit here on the DI Ask A Pro Blog, I thought that I would do a quick test just to show how dangerous it can be when using a Magic Eraser on paint.

First I started off with a perfectly polished hood (a test hood that I have off of a BMW in Sapphire Black Metallic). I put a piece of tape down the middle to separate the two sides so you could easily tell the two apart once I was finished. 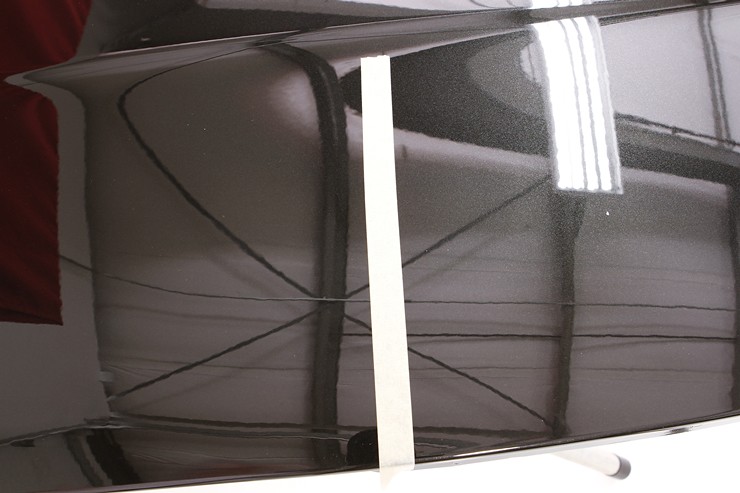 Then I sprayed a little water and rubbed the Magic Eraser on the paint as if I were trying to remove bug remnants. 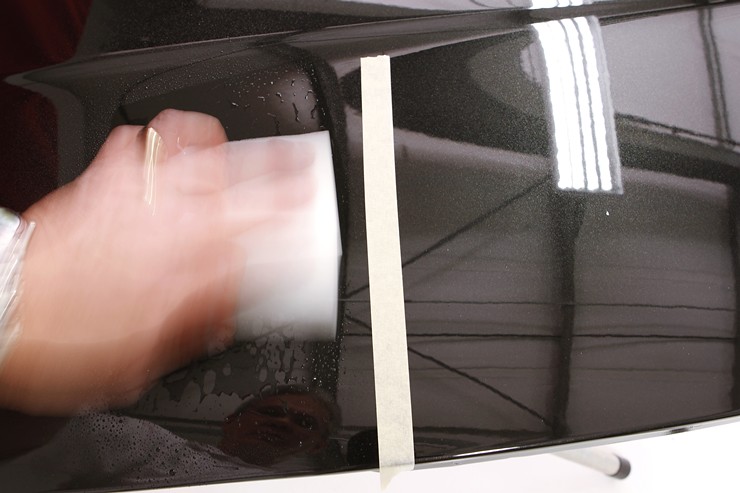 And once I removed the tape and dried it off, you can clearly see just how much damage was done to the finish (left side) compared to the perfectly polished area on the right. This level of damaged was created in a mere 10 seconds! 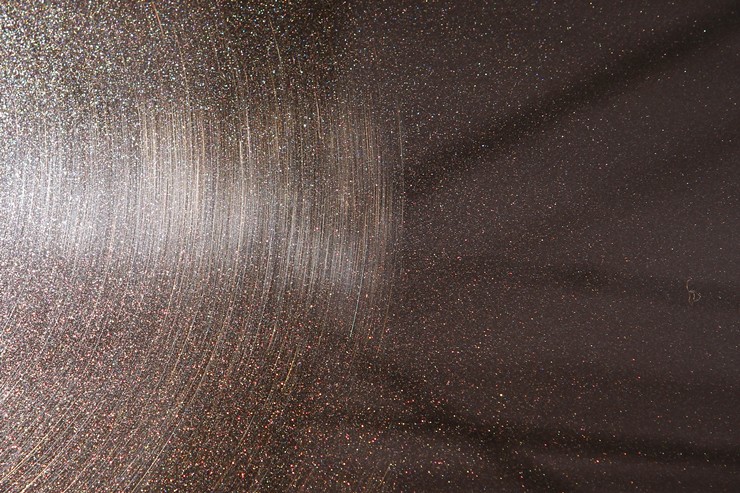 If you were to do this to your car, it would require extensive (and potentially expensive) polishing to fix the damage.

So while the Magic Eraser works wonders around the house, you should not, under any circumstances, use them on any painted, shiny, or delicate surfaces of your car!

25 comments on Can you use a Magic Eraser on paint?