The definition of contrast:

The state of being strikingly different from something else, typically something in juxtaposition or close association.

When we think of detailing, we typically think of endless hours of cleaning, polishing, protecting, and everything else that could possibly bring that showroom shine. For the car lovers in all of us, there’s just something about a freshly detailed car that brings forth a passion in automotive art. But what we enjoy about it isn’t limited to the flowing lines and shapes that the industrial designers created…there’s something else…something that we can appreciate when we look at them, but not something that most people can easily define. Sure it’s the cleanliness and gloss, but when we break it down to the finest details, it’s the heavy contrasts that exist, particularly after a proper detail on an aging or neglected vehicle.

Take for example a freshly washed and detailed car, but with no dressing on the tires. The car looks nice, but there’s just something missing. When you dress them however (not the super shiny stuff!), it’s the heavy contrast of the black tires against the rims and the painted surfaces that bring it all together.

Black plastic trim (including wheel wells) is another example, and one of the biggest contributors to a great looking and properly detailed vehicle. If the trim is faded and dull, the car simply looks “good”. But when you get the striking contrasts of trim that has been treated, it completes the look and becomes “great”.

This principle can be applied to the interior as well as the exterior of the vehicle. If you have different colors of material on the inside of the car, only when they’re fully and properly cleaned will they have the most dramatic contrasts. And the same applies to simple items like chrome bezels around vents…polish them up and the contrast makes them stand out against the surface behind them.

When dealing with aged vehicles, you could do a lighter polish to bring out the color and gloss, but then focus a lot of attention on all of the areas that will bring out heavy contrasts…faded trim, chrome, wheels, etc. In most cases this level of detail will create a bigger impact than doing a heavy paint correction, but failing to treat, polish, dress all of those areas that could potentially bring out striking contrasts.

I recently worked on an aging 1984 Ferrari Mondial Cabriolet, and chose a lighter polish and focused more time and energy on all of the trim. In most cases it was black trim on red paint, so the potential of contrast gains were significant. In a modest amount of time (relative to how much time I could have spent), I took years off of the car, and the owner said that he couldn’t remember it ever looking that good.

When you take a look at the faded trim separating the door from the window, you can see how it just looks “dead” from years of oxidation and wear. And despite the fact that the paint has been polished, the brilliance of it just gets lost because of the lack of contrast. 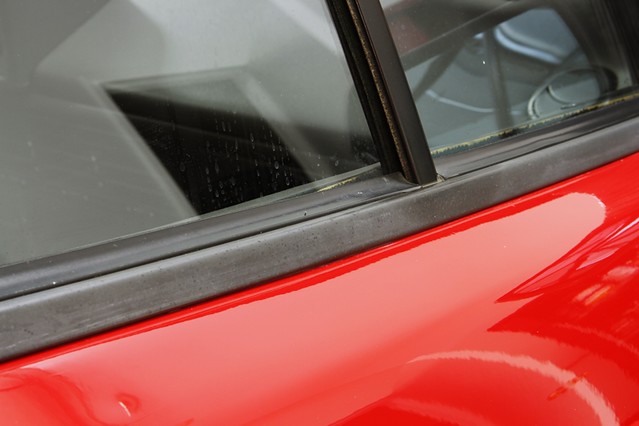 But when the trim has been “fixed”, not only does it look much better, but it also draws more attention to the polished red paint because of the striking contrast. 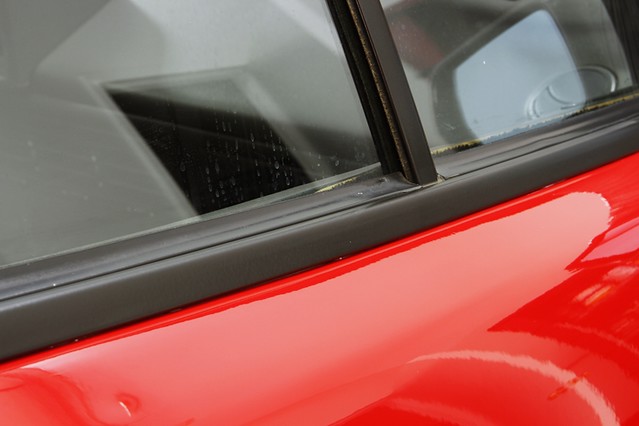 And here’s another example with the bumpers. Given their size and color, they can potentially create some of the biggest contrasts on the entire vehicle. But in the before photo, they look pretty weak. 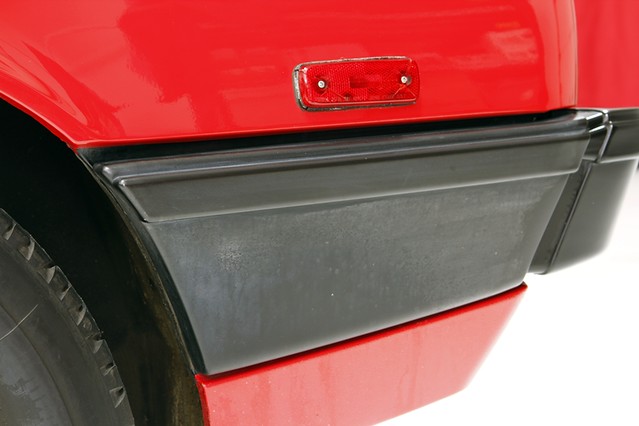 But afterwards, it looks like an entirely different car. 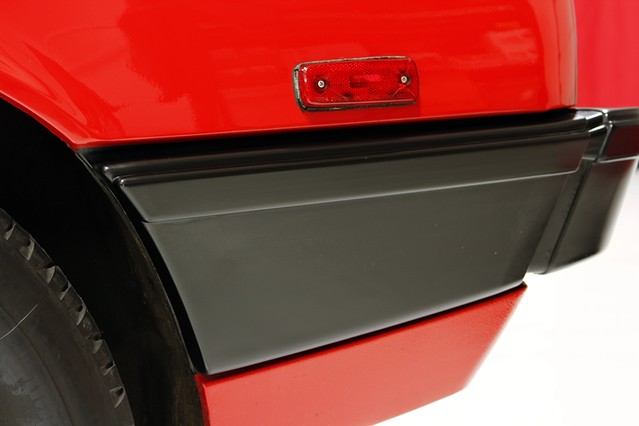 And while a little different, this next example proves that same point as well. The vinyl convertible window is in bad shape (not to mention…dangerous!), which makes the entire top look bad. 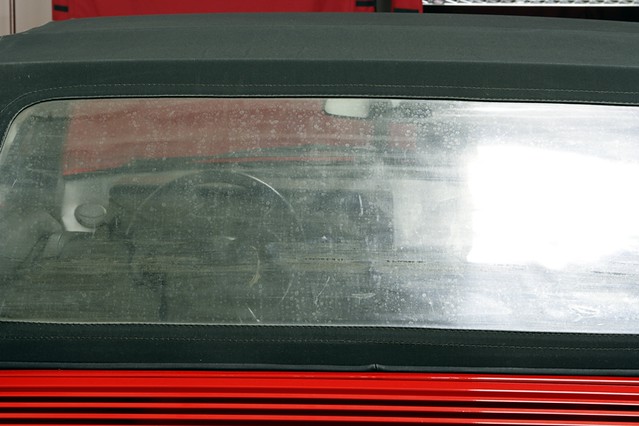 But after some serious work inside and out, it’s crystal clear and creates the contrast between the clear window and the black of the convertible top. 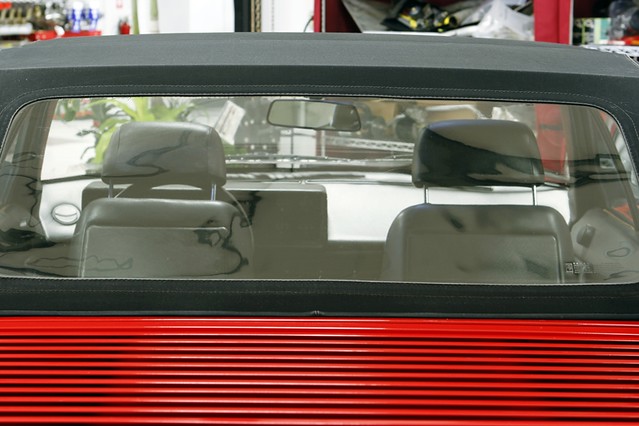 I proceeded with the same goal of creating contrasts on the entire car (inside and out), and when I was finished it looked spectacular…despite the fact that I had only performed a light polish instead of a full-correction job. I’ll guarantee that there aren’t many old Mondials around that look as good as this one now. 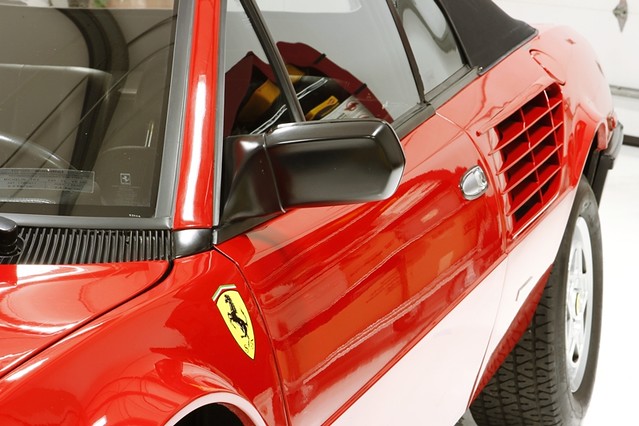 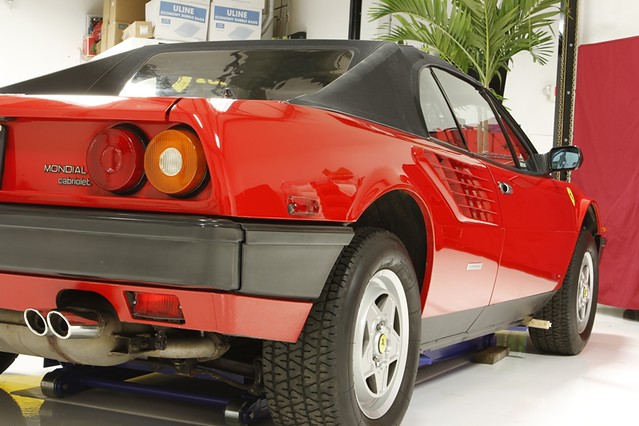 So when you’re working on your own car, or if you’re a professional detailer working on somebody else’s vehicles, take a moment to look at the contrasts in the car and find ways to improve them. By taking these simple steps, you can make a significant impact on just how good that vehicle presents itself, be it on the road, or showing at the concours event.

10 comments on Detailing: It’s all about the contrast! 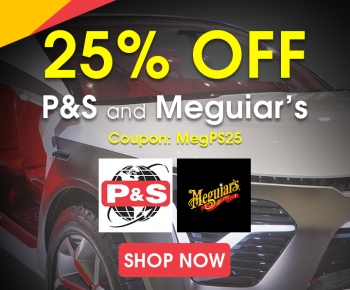