I have been using waffle weave microfiber drying towels for a very long time.  They work well and are cost effective.  We have tried some other types of plush drying towels before, but they never seemed to perform any better than our trusty waffle weaves, and some tended to leave more lint on the surface.

The Griot’s PFM Terry Weave Drying Towels have been getting a lot of attention lately, and I first noticed them when fellow AAP Blog Author Chad mentioned them in some of his write ups on various forums.  I am always up for testing the latest and greatest detailing products, and I know Chad doesn’t continue using things unless they perform to his exceptionally high standards, so naturally I was excited to get my hands on this drying towel.

The towel sat in my cabinet until I had the perfect challenge to test it out on.  This Mercedes was in for a full paint correction job, and after washing the car, there was absolutely no beading or sheeting, so there was a lot of water on the paint.

The car looks great in the following picture, but don’t be fooled, it is actually just covered with a layer of water that is clinging to the surface. 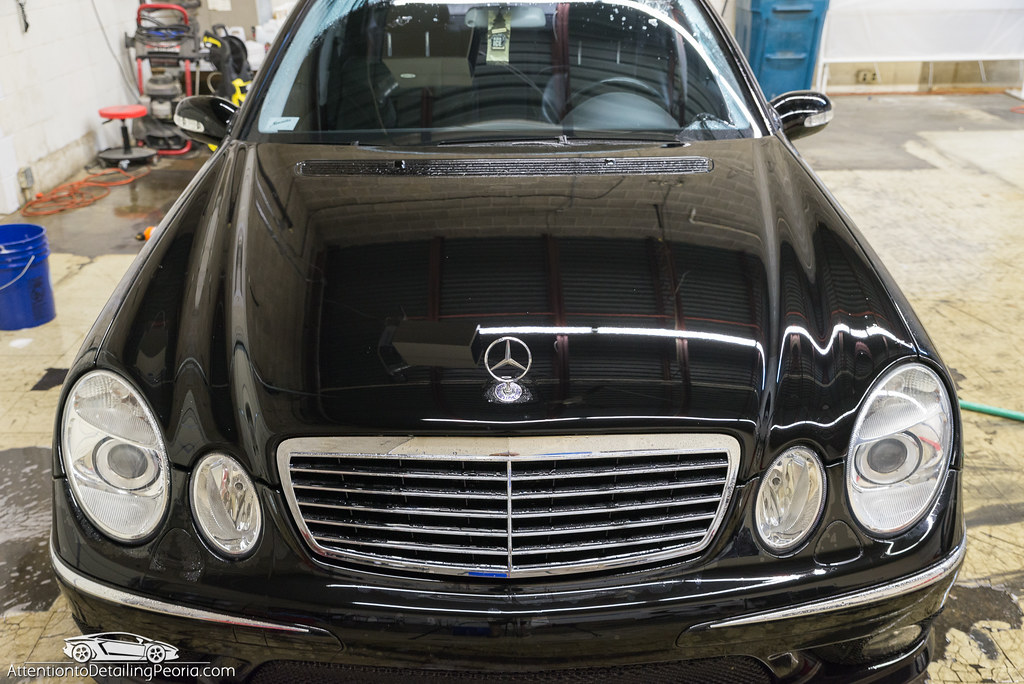 The packaging on the towel boasts the PFM drying towel to be the “one pass drying towel”, so I was eager to see what it could do in what I consider to be the worst case scenario when it comes to drying a car.  The large towel was folded into fourths to make it more manageable, and I proceeded to gently wipe the paint.  The first pass absorbed the majority of the water, leaving only light streaks behind.  I flipped to a dry side of the towel and easily wiped up the remaining water.  It was noticeably quicker and easier to achieve a streak free finish with this drying towel compared to the waffle weave towels I have been using. 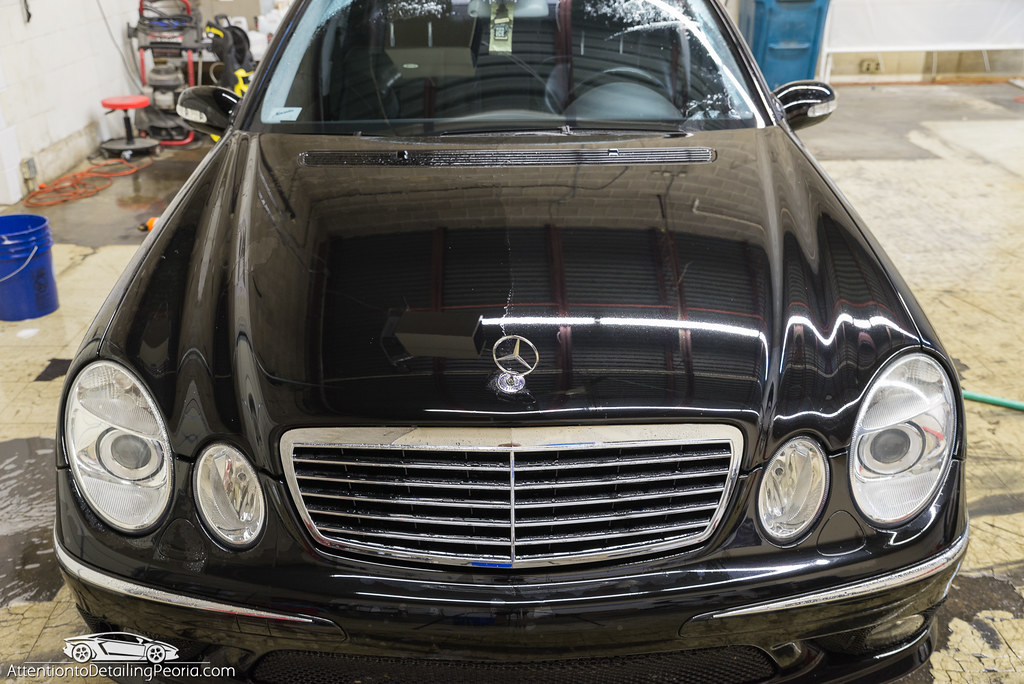 I proceeded to dry the other half of the hood using the damp side to soak up the majority of the water and then flipping back to the drier side for the final pass.  I continued this process around the rest of the vehicle, switching to new sections of the towel as needed.  In the end, I was easily able to dry the entire vehicle with the one large towel, and even though this vehicle had a lot of water clinging to it, I felt like the towel could have kept on going.  I do not think I would have been able to complete this job with just 1 waffle weave towel. 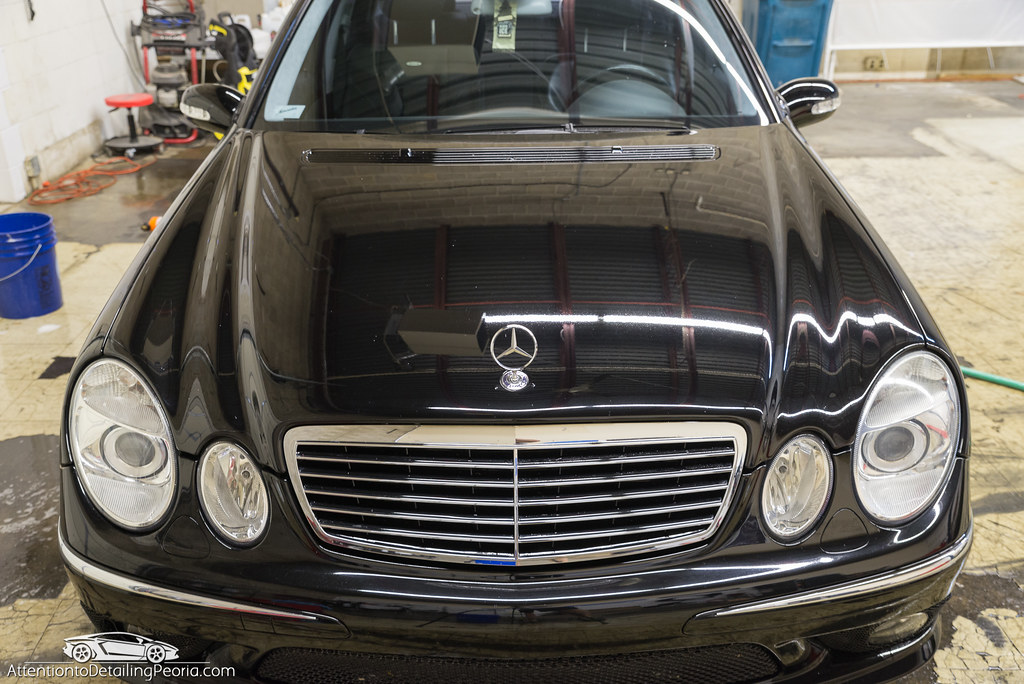 I have been using this towel for maintenance on my own vehicles as well.  My car is protected with a nano coating which repels water very well, therefore I am able to sheet the majority of the water off of the surface before ever using a towel.  The large drying towel is actually a bit overkill for my personal maintenance needs.  As you can see, the 25″ x 35″ PFM towel is a lot of material to handle, which means it can soak up a ton of water, but when you don’t have a tremendous amount of water left to dry up, I have found the smaller 16″ x 16″ PFM towels make for a great substitution.  These towels come in a 2 pack, and I use one as my damp towel for my initial drying pass, and the second towel for the final pass to produce a perfect finish.  Just 2 of the small towels are enough for me to easily dry my entire car. 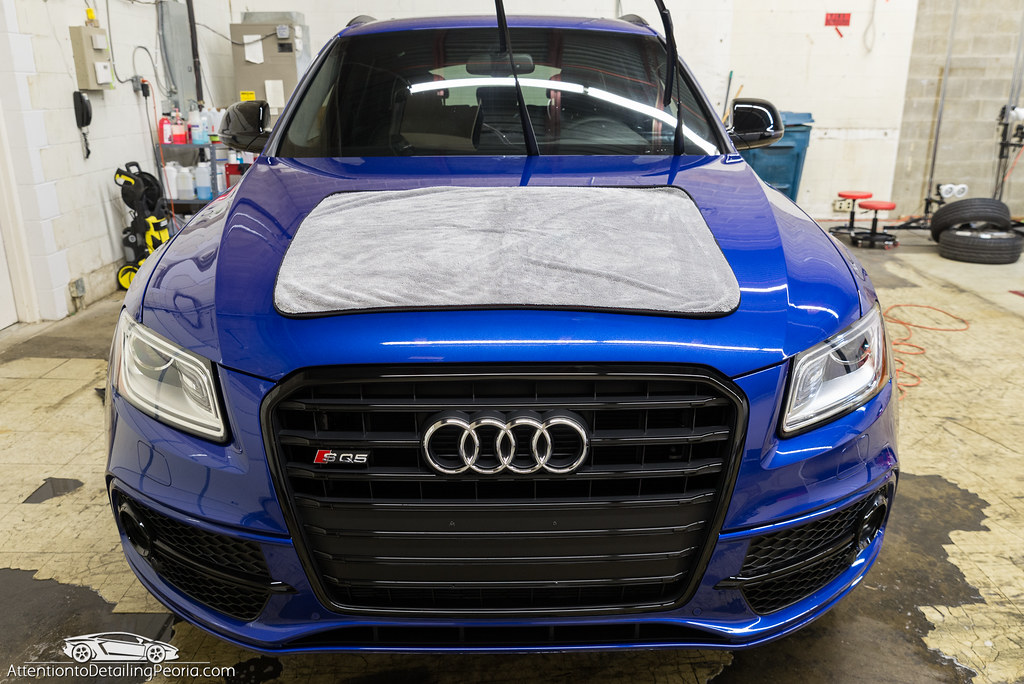 I was a little hesitant to spend the money on these towels to begin with, but now that I have tried them out, I cannot see myself reaching for my waffle weave drying towels anymore.  I already have some more PFM drying towels on order! 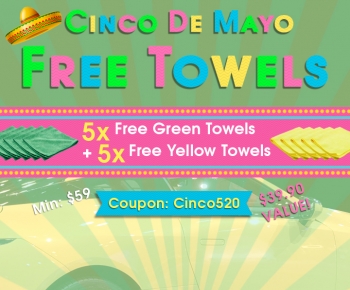