Steam cleaning is something that always intrigued me.  A steam cleaner looked like a tool that would magically melt away dirt and grime from almost any surface, so naturally I had to have one.  At first, I didn’t see the reason to invest in a higher end model, because after all, steam is steam, right?  I settled on an inexpensive option that was the best seller on Amazon, but when I began experimenting with the tool, I was pretty underwhelmed.  The inexpensive unit certainly produced steam, but it didn’t seem to remove any of the crud in an efficient manner, or even at all.  After using the steamer several times, I decided that it just wasn’t meant to be used for detailing and it was then taken to my home and used around the house.

I hadn’t considered using steam again until I was given the chance to use the Reliable Brio 500cc.  Since my first impressions of steam cleaning were underwhelming, I paid close attention to the specifications and features of this machine compared to the one I had previously used to try to understand why the Reliable BRIO was so much more expensive and to help understand if I should expect drastically different results. 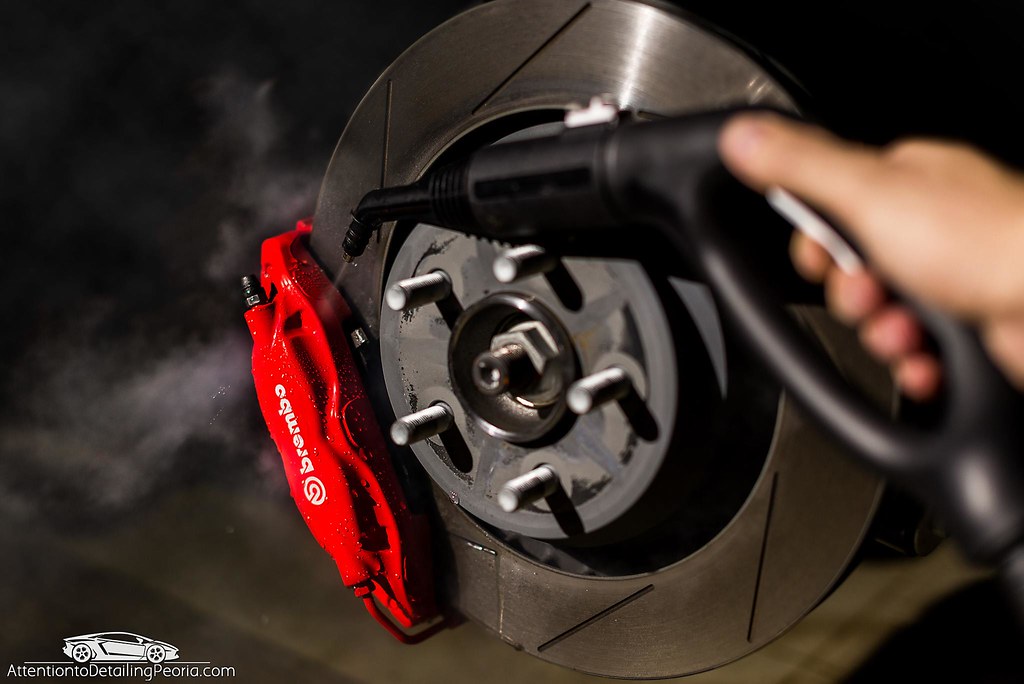 It turns out that there are a lot of differences between this unit and the cheap unit I had originally tried.  Most importantly, the operating temperatures and pressures are significantly higher which directly translates to more cleaning power.  The Reliable Brio 500cc produces steam at 5 bar (~72 psi), which makes it comparable to the very popular VX5000’s 68 psi rating.  Another great feature is that this unit heats up in less than 5 minutes!   I had always been frustrated waiting 10-20 minutes for my previous unit to heat up before I could use it.

The Brio allows you to fill the water tank without powering the machine down thanks to independent boiler and tank units.  The machine maintains temperature and pressure in the boiler unit, which means you do not have to wait for the unit to cool off, then wait for it to heat back up again when it is time to refill.  Simply pour more water into the reservoir when the water indicator light comes on, and continue using the machine.  This might not sound like a big deal, but it is a very nice feature and saves a lot of time! 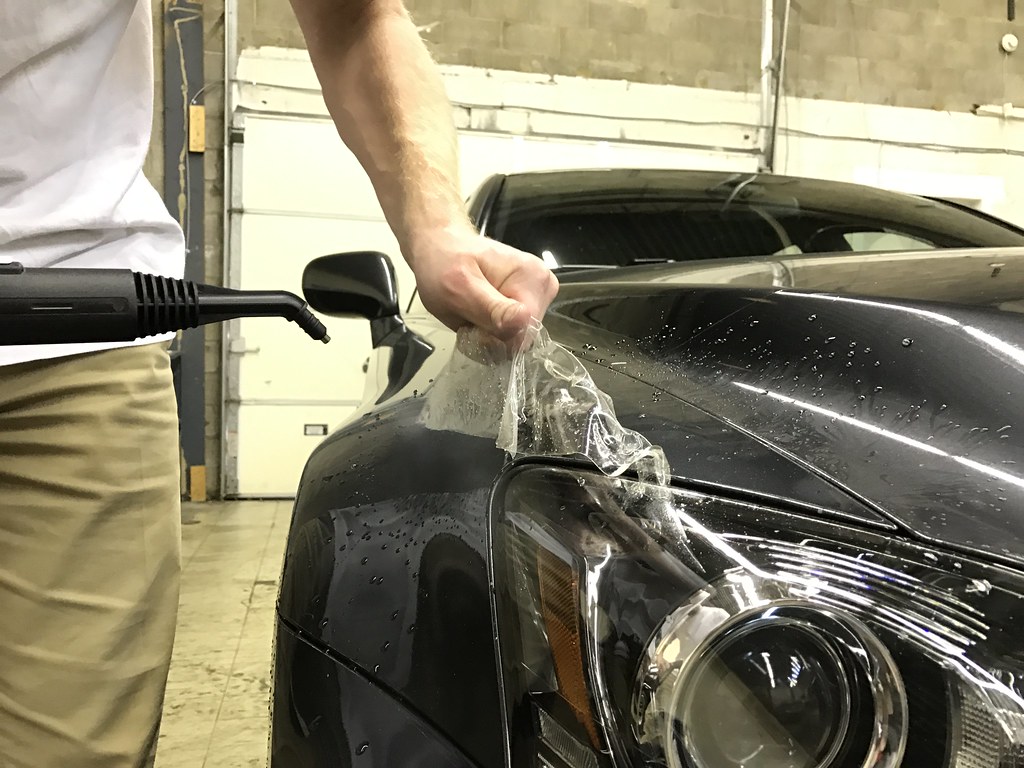 The Brio 500 cc comes with a 25 piece attachment set, though I personally only use the jet nozzle and the triangle attachment with a towel wrapped around it for the majority of my work.  The supplied, detachable hose is very nice as well. 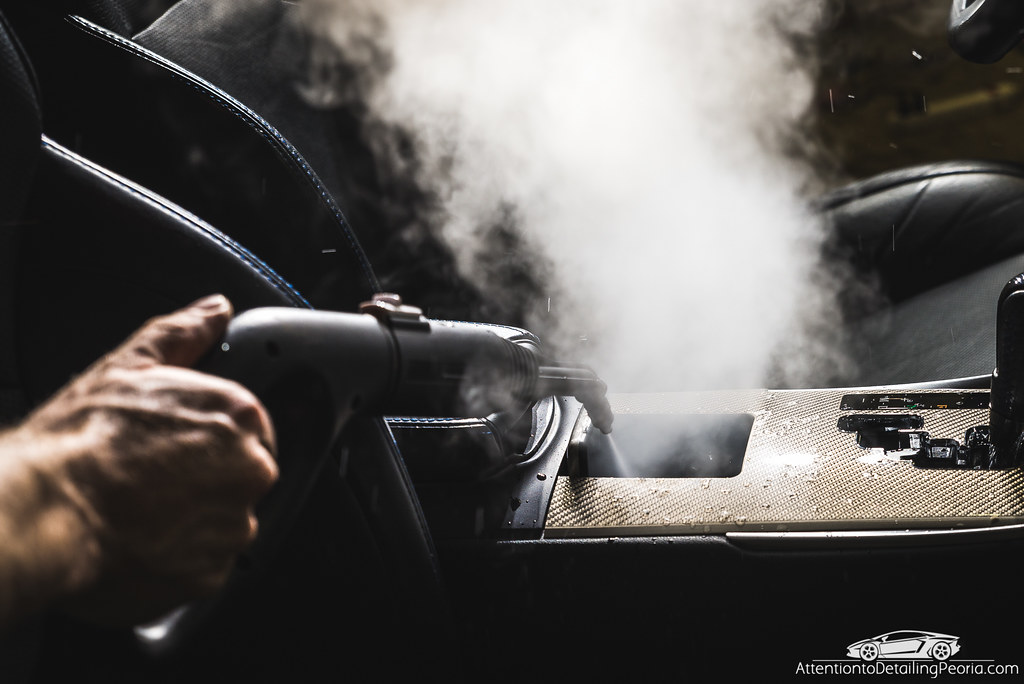 I have experimented with the machine in a variety of applications from exterior cleaning of wheels and brake components, to engine bay cleaning, clear bra removal, and of course interior cleaning.  The tool performed well at all tasks and was in an entirely different league compared to the inexpensive unit I had previously tried.  The high pressure allowed me to blast dirt and grime out of hard to reach areas with ease, though when it came to cleaning large areas, I preferred to use the old fashioned method of using chemicals and brushes.  I just felt that the “old fashioned way” was much quicker in these cases. 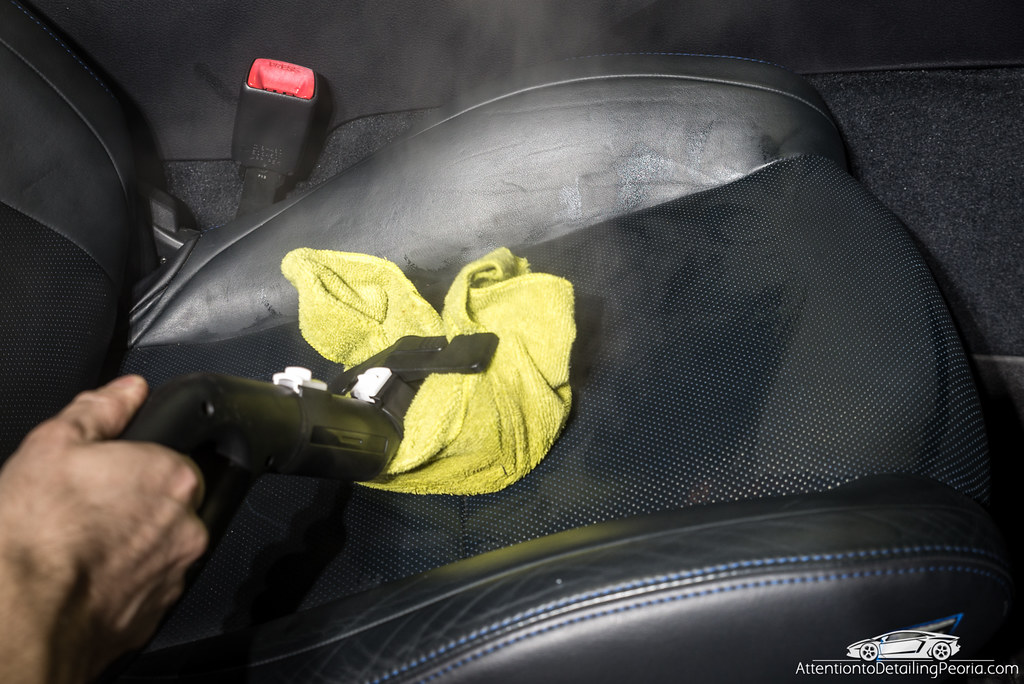 In some situations, I would integrate the steam cleaner into my existing process for additional cleaning power.  For instance, when cleaning dirty leather, I use the steamer to warm up the leather, then clean the surface with a dedicated cleaner, towels, and brushes, then use the steamer again for the final pass to ensure all chemicals had been removed and the area was sanitized.

The Reliable Brio 500cc unit is a lot of fun to use, and it has restored some of my feelings on steam cleaning.  It really works quite well at cleaning up a variety of automotive surfaces.  I personally found it to be most beneficial on interiors, especially with sticky messes on the console area and with salt build up on carpets that easily melt away with the steam.  I also found it to be very handy around the house.  In the end though, this is really a luxury item in my opinion, not a necessity.  My opinion may be biased though as we do not do a lot of heavy duty interior cleaning, so we don’t mind the old fashioned process of using a little bit of elbow grease, some brushes, and some chemicals when needed.

Now that I have the tool, I will absolutely continue to use it and would recommend it to anyone who is looking for great performance at a reasonable price.  After experiencing the abilities of a very inexpensive unit, the price of the Brio 500 cc unit is well worth it given the major boost in performance and features.  It really makes me want to try one of the exceptionally expensive steam cleaners to see how they perform in comparison.