This past week we had a Ford Raptor Baja in the shop. It was the perfect candidate for an initial test of the new Griot’s Garage G9 Polisher. To test out their latest machine, we performed a two-step paint correction process on the drivers’ door. First up was the compounding step utilizing the Fast Correcting Cream and a Microfiber Fast Cutting Pad. After a 2×2 section was compounded, we followed up with Perfecting Cream and a Perfecting Foam Pad. The result left a defect-free finish with almost zero micro marring. A great, predictable outcome. I think beginners and enthusiasts are really going to enjoy this machine. The polisher was designed around the use of the Griot’s BOSS polishing liquids and pads. This means a technician can easily select polishes and pads based on what type of defects they are trying to remove. Overall, I am really impressed with this new machine. It achieves results and feels like a polisher at a much higher price point.

Hey guys. James, here we are working on a Ford Raptor Baja edition, a crazy truck, super soft jet black paint, perfect combination to test out the new Griot’s Garage G9 random orbital polisher. A couple of weeks ago we did the unboxing. We kind of felt it. We had some initial impressions. Now we’re going to put it on the paint just to see what it’s all about. Kind of get a feel for it. Let you guys know it’s a polisher that I’m really intrigued with. I mean, I think, I think I touched on this last time at the price point, which is going to be around the or right at the $150 mark. It’s gonna be something I think that you have to consider, especially if you’re, someone may be new to the detailing industry. You’re in enthusiast, you’re not trying to make a huge investment right out of the gate.

You want something to kinda hone your craft a little bit, but obviously you still want to quality professional machine. This G9 is definitely something to look at. Just a couple of specs, kind of recapping a little bit. A thousand watt motor, nine millimeter throw to it, which is pretty, you know, kind of right down the middle of, there’s obviously long throw DA’s. This is obviously something that’s a little bit smaller, but still a ton of power. For the, for this size machine, vented backing plates. It comes standard with a six inch, but obviously you can absolutely get the five inch backing plate and put it right on here. I know most detailers are gonna want to work with that size pad. That one of the things that I’m kind of really liking is the detachable cord.

So we’re going to set this up right now and you know, for storing purposes, having that be able to detach and not having to kind of do this and then all of a sudden there’s kind of kinks in the cord and stuff like that. That’s super cool. So let’s get this rocking. And I kinda, that’s one of my favorite things is just having that, having the cord to be able to be stored elsewhere and not have it be a tangled mess on the machine. Really cool, you know, easy quits, quick and disconnect. You can buy longer cords as well. So a lot of different accessories for this machine to customize it to the way you would like it. So backing plates, cord length, all of that kind of stuff. And the nice part of this machine, which we really didn’t talk too much about in the last video was that it’s super compatible with the griots garage boss lineup of Polish polishes and polishing pads.

So they’re compounds, they’re polishes, they’re all in one polishes. All that stuff is designed, or this machine was designed to use those liquids, which is great. Lot of great liquids in this lineup. We’re going to showcase a couple of them in a minute. So just really nice if, you know, if you’re new to new to detailing, new to paint correction and you kind of don’t know where to go, what polishes, what pads, what machines to pick up this system. So this the G9 and the Griot’s Garage boss polishing and pads, they are going to give you a lot of preset combinations to at least test out and try, you know, the compound paired with the microfiber pad on this machine. Go try it. See what you think. That’s kind of cool. So what I want to do here to kind of get some, you know, just I wanted to kind of, you know, really test this machine out and what we’re going to do here on this jet, or I should say shadow black Ford paint is a quick two step just to see what she’s got.

We’re going to pay, we’re going to do, I’m the boss, a microfiber cutting pad and we’re gonna pair that with the, where are we? I think it’s down here. The fast correction cream the fast correction cream is they’re kind of their flagship. Ultra cut compound that I’ve really, really liked. Oh, over the years it’s been out for awhile. It was released with when the original long throw boss G21 was released. And really nice, really nice compound. Definitely something you should take a peak at. So we’re gonna start off with just like in some other videos we’ve touched on this priming the pad. And the reason we do this is we want to basically coat every single one of these fibers with with, with polishing liquid, with compound, with abrasives to kind of unleash the potential of what a microfiber pad is all about.

Nice thing about this machine as well as I was kind of getting used to it. Obviously you can lock the speed so once you pull the trigger, there’s a side locking mechanism right here on the side to lock the trigger so you don’t have to constantly have that pressure. Pretty standard on a lot of machines now, but that’s nice to see in this machine. I really liked the speed control on the sides here. I was able to on the fly do it very easily. The old machine, it was kind of down here, away from you as you were polishing. And it was a little bit, you know, it was kind of awkward to do. This was nice to have it right there. Little bit of vibration to it. But I should, I shouldn’t say that’s not typical of a lot of machines.

Most machines are going to have a little bit of vibration to it. This wasn’t crazy by any means, but you know, so just something to know. It was, there was definitely there a little bit. But let’s do, let’s inspect a little bit on this particular, what we’re trying to achieve here was that light was lot of water spawning on this particular finish. Light, mild scratching, it has been corrected before. And it’s basically at the point where there’s a lot of water spotting. And it needs to be re corrected and we’re kind of at that point in the, in, in the car’s life and let’s see what we have. So this is obviously a relatively soft paint, heavy cutting compound. We’re left with a lot of compounding haze which is, which is okay, which is, which is totally normal.

That’s exactly what you want to see. You want to have that look to it up. Obviously there’s a few deeper rids here and there that might, might not need to be hit one more time, but in the hole did exactly what you would expect. A compounding process with a microfiber disc and a heavy cutting compound to do with a dual action machine. So, you know, really nice results. Really nice results. So what I want to do is quickly go right into polishing. I’m gonna, I’m gonna switch it over to the perfecting polishing pen they have. We’ll go in there, switch this out and let’s go, let’s do the perfecting cream, which is they’re finishing polish. Let’s go in here and let’s just see what kind of finishing results we get as well. And let’s mess around with it one more time.

Okay. Another thing I noticed that I really liked, I am really loving and I know we talked about this on the first video. This area is where you can kind of place your fingers where there’s these little slots. Super nice. Just feels really nice. The rubber is very high quality, like just really nice craftsmanship there. But I really like the feeling of the pad and being able to place, you know, a lot of machines have that placement now. But that slotted, you know, rubberized grip there is number one. You can really hold the machine machine’s not going anywhere. And it just, it feels good. It feels good. So that’s nice to see. But onto the results part of it. So let’s flip over our towel and just see kind of what’s going on. Obviously inspecting with our scangrip lights gotta love those and it’s leaving a super nice non micro marring, if that’s a word, if that’s a word finish to it,

Which is really nice. So I mean overall in a quick two step, you know, demonstration where you’re trying to knock out medium defects, it’s doing exactly what it should be doing, which is what I would expect this machine to do, which is great. And yeah, I mean, I like it so far. It, it’s obviously this is almost the second or third time that I’ve used it. I want to do it, you know, or I want to use it on a super long, you know, polishing session, like a crazy correction and just, you know, and really put it through the paces, which that’s, that’s the plan. That’s going to be me, hopefully the next video. But yeah, Griot’s, Garage G9 definitely, definitely worth looking at. I hope you guys enjoyed watching doing our SEMA preparation right now. Looking forward to it. Hope to see you guys out there. Talk to you soon. Bye. 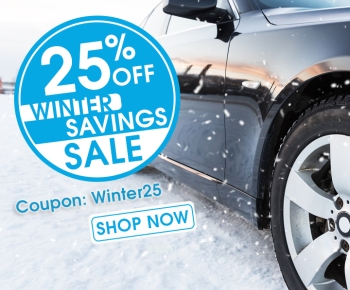