Most, if not all, of my reviews on the Detailed Image Ask a Pro Blog revolve around raving about products I have recently come to find extremely useful or those I have been using for many years.  The Blackfire Midnight Sun Ivory Carnauba Paste Wax is a bit different in that I started experimenting with it about two months ago and is a product about which I have mixed feelings.  First, as usual, is the description of the product:

The Blackfire Midnight Sun Ivory Carnauba Paste Wax is a premium wax from Blackfire that delivers a deeper and wetter finish then any other product previously created by Blackfire. Blackfire has put as much pure Brazilian Ivory Carnauba Wax in this product as reasonably possible with gloss enhancing oils. The addition of more carnauba gives this wax a harder appearance and feel to it. This creates a “hard candy” like effect, which really magnifies the paint and makes it look super glossy. The harder formula also offers stronger protection against abrasions and temperature change. After extensive testing and revisions Blackfire was able to keep this product very easy to apply and remove as well. Apply one coat by hand with the supplied foam applicator and you’ll be sure to turn heads with this outstanding wax. You can put it on the bare paint or apply it after sealing your paint. It is commonly applied after a coat of the Blackfire Wet Diamond with Polycharger for maximum protection and shine. No matter what steps you’ve previously completed you will add significantly more gloss and depth to the paint. Use the Blackfire Midnight Sun Carnauba Paste Wax and see just how great your paint can really look!

Before I go into my mixed feelings, here is a bit of info on my experiments with the wax.  First off, I used the wax on about four different cars/paints and three were in completely different condition.  By that I mean that one car was older and simply got a wash and wax, the second was clayed and lightly polished before the wax application and the other two cars had a 2-step paint correction performed before the wax application.  First car was a white 95 BMW, second was a green 1998 Honda Civic, third a six-month old, metallic black Audi A7 and lastly a dark grey 2006 Ferrari 430.  The BMW paint was purely white with no metallic flake, had a little contamination that can be felt by hand and absolutely no protection on it.  The Civic was in a bit better shape than the BMW and it received a clay bar decontamination followed by a light polishing with Menzerna Micro Polish SF 4500 (PO85RD) and a Lake Country Crimson Finishing Pad.  Both the A7 and the F430 received a 2-step paint correction after the clay bar decontamination, however, the A7 color was a dark metallic black with some brown in it whereas the F430 was a darker grey with little bit of metal flake.  I had a chance to check the durability on the BMW and Civic after using the wax as they were personal or friend’s vehicles, whereas the others were clients’ vehicles and I haven’t seen them yet since the detail job.  That said, below are my thoughts on the wax…

The good part about this wax is the look and ease of use.  Durability is also pretty good for a carnauba.  It lasted roughly five weeks on the Civic and a bit less on the BMW, both of which see daily driving, sit outside and get washed every 5-7 days.

Whether you follow the wipe-on, wipe-off method or let the wax sit a bit, it goes on quite easily and removes effortlessly.  Some waxes tend to be hard in removal as they “stain”, for the lack of a better word, the paint and take a while to remove unless you find the perfect time between applying and removing.  By “stain” I mean they stay oily for a bit while removing until you wipe quite a bit and finally get all the residue off.  The Blackfire Midnight Sun however goes on easily and spreads well when applied thinly, making it very easy to remove after.  As expected, the wax application and removal process went quite a bit easier on the cars that received more polishing as compared to the others, but was easy nonetheless.

Looks wise, the wax is very good.  It makes the paint really pop and definitely gives metallic paints a nice depth and clarity.  The overall gloss is typical of a nice carnauba wax in that it simply makes the paint look rich and shiny all over.  In short, it gave all the tested paints that carnauba “wet” look.

The feel and slickness of the wax is what I found simply lacking.  I first used the wax on the somewhat contaminated BMW after thoroughly washing it.  As I said above, application, removal and look were all great.  However, when I felt the surface after a few minutes, it felt at most a bit slicker than the non-waxed paint.  I wrote this off as a contamination issue and assumed it would get better when I did the Civic a few days later.  It did not.  The A7 is specifically where I noticed the lack of slickness because the waxed section was just about as slick, maybe even a bit less, as the paint that was simply polished with Meguiar’s D300 Correction Compound and Menzerna Micro Polish SF 4500 (PO85RD).  Since the A7 was eventually sealed with Blackfire Wet Diamond, I was able to have four sections for comparison: one of polished paint only, one with only the sealant applied, one with only the wax and one with the wax on top of the sealant.  The section with the sealant was like a slip-n-slide compared to the wax.  Running my finger with a clean glove on over the Wet Diamond section and moving to the Midnight Sun section almost stopped my finger from sliding, which left me wanting more.  In fact, applying the wax over the sealant made it less slick.  Water beading was similar between the two so it seemed the actual protection was surely there, but the feel of it was just extremely disappointing for a wax of such price and caliber.

Obviously, the feel/slickness of a wax is probably low on the list of qualities to look out for when deciding on a protection product, but I felt that for the money and other factors this would be much slicker and have a better feel.  I would easily recommend a few other waxes over this that are both below and above the price range.  P21S Concours Carnauba Wax is one that’s been a favorite of mine for a long time and one that I have reviewed in my P21S Concours Carnauba Wax Review.  Two other waxes, both of which I’ll be writing a review for in the near future, are Pinnacle Souveran Paste Wax and P21S 100% Carnauba Wax.  I would easily recommend any of these three over the Blackfire Midnight Sun Ivory Carnauba Paste Wax.  To conclude, I asked myself if this is a bad wax?  I can’t say that it is, because it does offer good protection, ease of use and great looks, so it’s not a bad wax in any regard.  For me, it simply leaves a bit to be desired and I would have to select a few others over it.

That’s my story and I’m sticking to it! 🙂

Thanks as always for reading and I hope this was helpful! 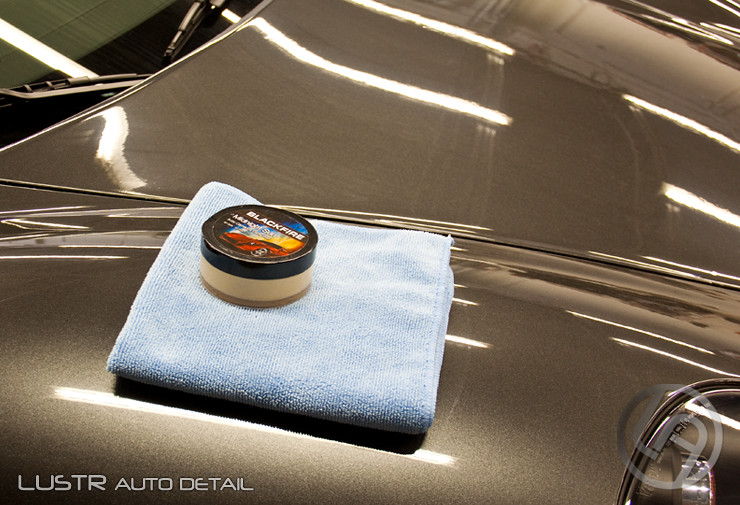