The Meguiar’s Microfiber Correction Kit was a game changing product when it was announced.  The microfiber cutting and polishing discs have become standard equipment in the professional detailer’s arsenal. Along with the microfiber pads, Meguiar’s had their D300 Cutting Compound and D301 Finishing Wax that worked together as a 2-step system, but I have always felt that something was missing.  Meguiar’s D302 DA Microfiber Polish is, in my opinion, this missing link!  This polish was created to work with the Microfiber Finishing pads, but allows you to choose another means of protection since D302 is strictly a polish, unlike D301 which is an all-in-one polish and wax. 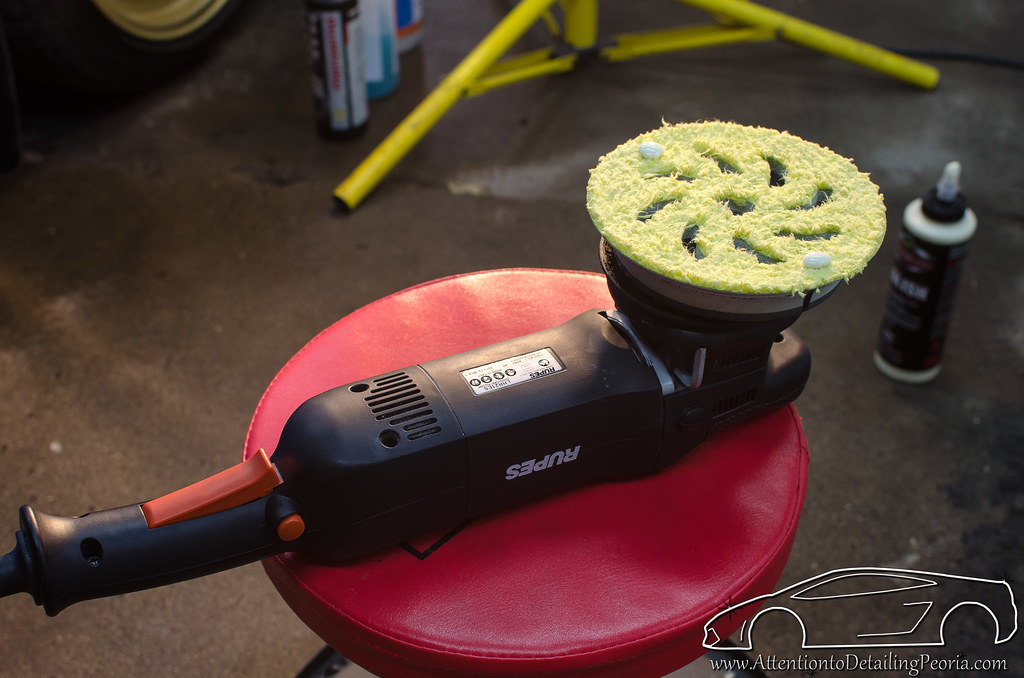 I tested Meguiar’s D302 on a recent vehicle I was working on.  I used it with the new Rupes Microfiber Finishing Pads on the Rupes Bigfoot LHR21ES as seen in the image above.  I primed the pad and then added 2 small dots of working product as seen in the following image.  The product proved to have an extremely long working time and produced no dusting when used with a clean pad.  I found the product to wipe away very easily after I was finished polishing which is very important, as you do not want to use excessive force to remove a product as you may accidentally scratch or mar the surface. 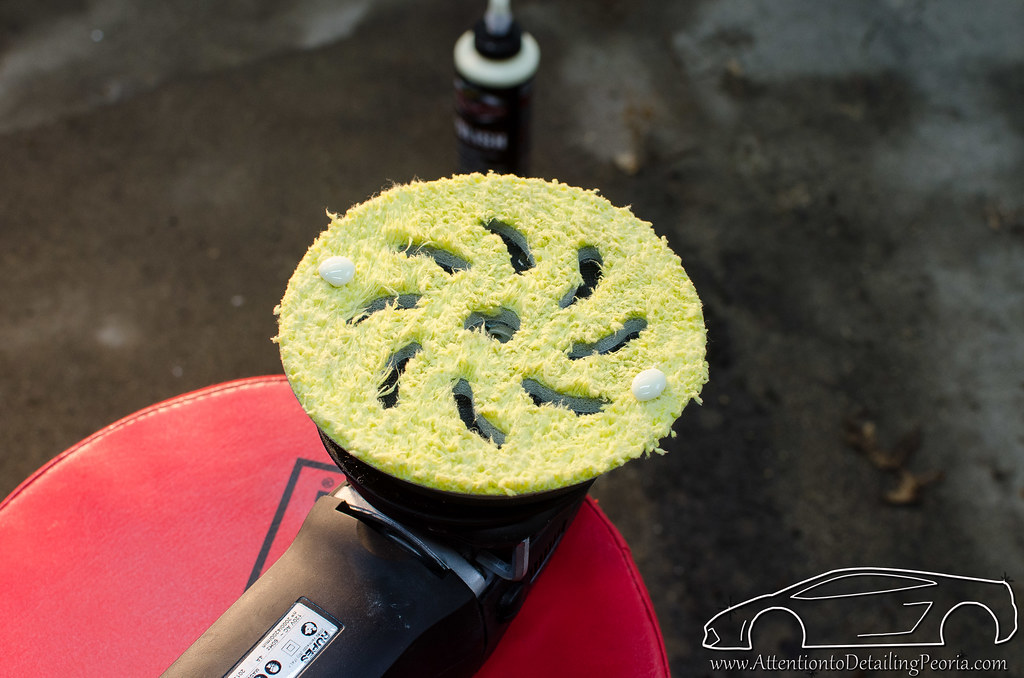 D302 produced nice results, as seen in the following image.  I was able to eliminate swirls and other light defects with ease.  The product finished down very well on the vehicle I was working on, so no additional polishing was required to produce an LSP ready finish.  In this particular case, I used this product as a “one-step” correction polish, meaning I did not use a cutting compound prior to the D302, nor did I need to follow up with a fine polish afterwards. 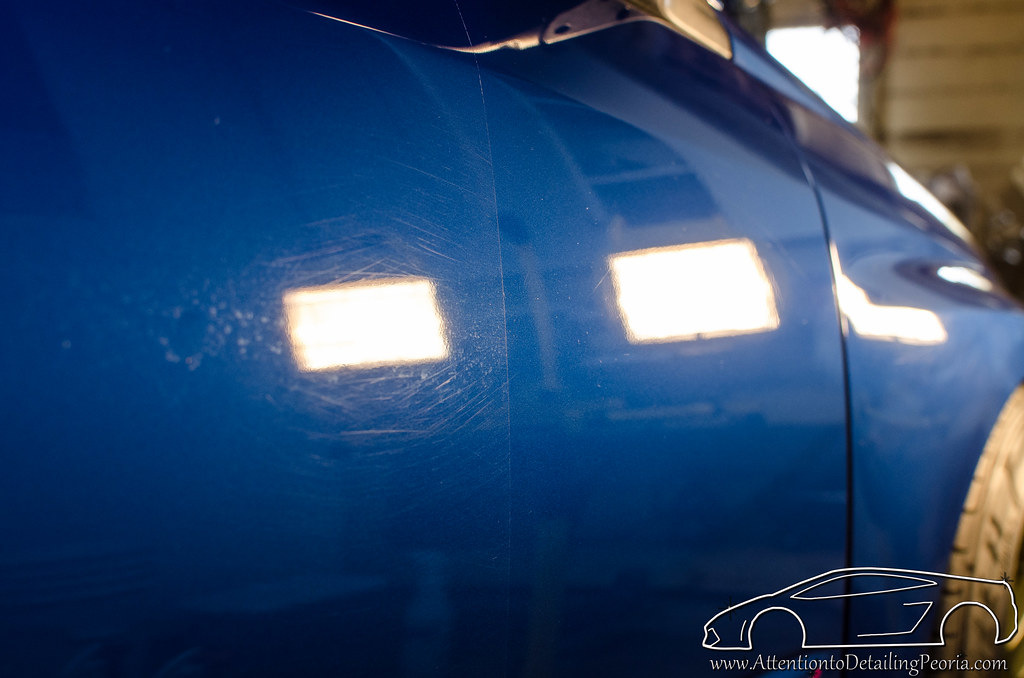 Overall I was very pleased with how the D302 performed.  It proved to be a good polish that had enough cutting abilities to remove swirls and light scratches, while still finishing down perfectly (and it smelled great, too!). This was a much needed addition to the Meguiar’s Microfiber DA System. 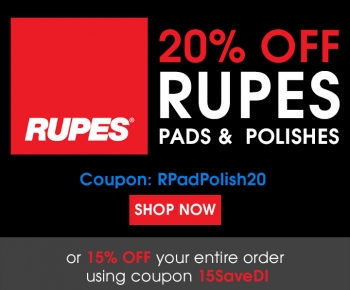