In the below video, I’ll explain how I used the Vapor Systems VX 5000 Steam Cleaner to help me safely remove some clear bra.  I have used heat guns, hair dryers, Infrared lamps, and sunlight to remove clear bras in the past. While each option has worked on varying levels for me, I really want to share with you why steam, more specifically using the VX 5000, is a better option.

Why Steam is Better

I personally like steam for its shallow learning curve and forgiving properties, along with what I think is a more controlled process that allows the clear bra to come off cleaner. Below are a few of the other removal methods I mentioned earlier, but exactly why I feel steam is better than each.

During use, The clear bra might get warm, but usually the area that is being heated is quite far from your hands and will cool down by the time you readjust your hands closer. Since most of the adhesive will come off with the clear bra, your hands might get some adhesive on them. That is nothing a little solvent can’t clean up though! Plus, you will also need to have some solvent on hand anyhow to some adhesive if you have any remaining on the paint.

What I like is that there are no real downsides to using a steam cleaner over the other removal methods I mentioned. The only thing is that if two of you can work to remove the old film at once, I have found that a heat gun can be faster. One person can heat the film and the other can pull the film back. If you are a one man show, the steam cleaner is my choice for sure.

I put together a short, but concise, video showing exactly how I use the steam to remove the clear bra from the rocker panels of this vehicle. I hope this video helps some of you build the confidence in removing clear bra film!

Note: Some of my trusty friends in the industry have pointed out that having two hands to help pull on larger pieces greatly helps, thus they like using the IR lamps to warm up the bra. If this is your method of choice, the process is still the same. Pull-up and towards yourself, and go only as fast as the film allows you. This will allow you to remove the bra, without leaving behind adhesives. 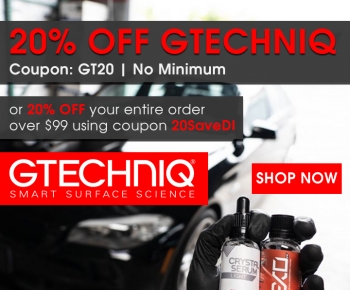