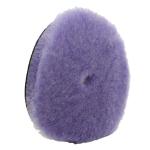 95% of customers said that they would buy this item again

A must-have for professionals and novices alike!
Reviewed by Pat on 9/14/2008
Would they buy this item again? Yes
What a great pad! I had a Prius to work on that had a cat try to ice skate on top of the roof and trunk. The scratches were as bad as I have seen and not have the car re-painted. After I was done the owner thought I had traded his car in and got him a new one. Fantastic cutting pad.
Reviewed by Jeff on 8/11/2008
Would they buy this item again? Yes
I agree wholeheartedly with the first 3 reviews, although there is some pretty significant linting on first use. Other than than, the pad wears in very well to virtually lint-free use, and is a great cutter with medium polish, like the Poorboy SSR 2.5. I also agree that it is very versatile and can be used to finish to finer tolerances.
My first experience with this pad was in trying to remove sanding scratches from black acrylic enamel. This pad really cuts (with a medium polish, no less) and seriously reduced the time it took me to get the surface ready for a final glaze. Highly recommended.
Reviewed by Paul on 8/10/2008
Would they buy this item again? Yes
I was using white wool pads and various haevier cut polishes for harder clears and heard about these. Awesome performance from this and very little linting.
Reviewed by Greg on 7/28/2008
Would they buy this item again? Yes
An outstanding pad! You need to get the 6 pack of these for the price point and because you will need 3 of them for most cars. While this is an agressive pad, I have been able to finish down very nicely on softer paints. You will need to follow up most compounding with 1-3 polishings for unreal effects.
Reviewed by Ivan on 7/16/2008
Would they buy this item again? Yes
Great pad. This has replaced yellow Lake Country and Meguiar's 7006 pads for me as a cutting pad with aggressive and medium polishes. This pad correct deep scratches with an aggressive compound but also finishes down pretty much LSP ready even with some of the more aggressive and medium polishes. 99% of my details include a couple of these pads at least. If I had to choose one pad, this would have to be it since it's so versatile and works well with any polish. 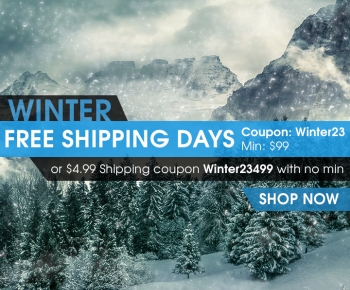